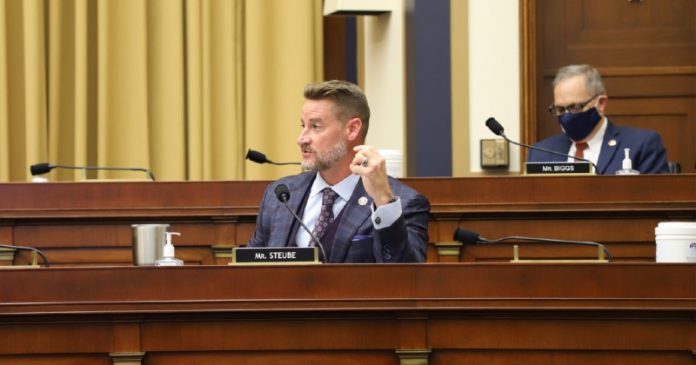 Starting his third term in Congress, U.S. Rep. Greg Steube, R-Fla., will serve on one of the most prominent and powerful committees on Capitol Hill.

Last week, U.S. Rep. Jason Smith, R-Mo., the new chairman of the committee, named ten new Republicans to serve on it, including Steube.

“Congressman Steube is a patriot and fierce advocate for the freedoms of all Americans, and the Ways and Means Committee is fortunate to welcome him during this critical time for our country. He will undoubtedly be a valuable leader in fighting for a stronger economy that will support working families, lower taxes, and promote investment in America – a much-needed change after two years of Democrat one-party rule in Washington,” said Smith.

“I’m deeply honored to serve in a new role this Congress as a reliable, conservative voice on the House Ways and Means Committee. This committee tackles critical issues that are of enormous importance and consequence to my district and Florida as a whole. I’m eager to lend my expertise in agriculture and my background in law towards navigating the complexities of tax and trade policies for the betterment of the American people,” said Steube. “In our new Republican majority, the Ways and Means Committee will play an integral role in oversight of the weaponized IRS, investigating the Biden family, examining the unprecedented release of President Trump’s tax returns, and restoring American competitiveness.

“Despite Florida being the second largest Republican delegation in Congress, there is currently only one Florida Republican on the committee, which is an underrepresentation of our great state. I’m glad my appointment to this influential committee will give Floridians another seat at the table,” added Steube.

“The Committee on Ways and Means is the oldest committee of the United States Congress, and is the chief tax-writing committee in the House of Representatives. The committee’s jurisdiction includes all taxation, tariffs, and other revenue-raising measures, as well as a number of programs including social security, Medicare, and unemployment insurance,” Steube’s office noted.

First elected to Congress in 2018, Steube served in the Army, including in Iraq, before serving in both chambers of the Florida Legislature. 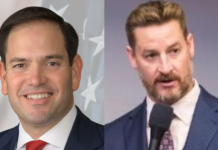