At the end of last week, Bilirakis’ office offered some of the reasons why he believes the bill is needed.

“Oral chemotherapy is increasingly becoming a standard treatment option for cancer doctors and patients, representing approximately 35% of the oncology development pipeline.  However, insurance coverage for cancer treatment has not kept up with science.  Under current law, traditional IV/injectable treatments are routinely covered under the medical benefit component of a health insurance plan, while orally-administered anti-cancer medications are generally covered under the prescription drug component, which often results in a considerable disparity in cost,” Bilirakis’ office noted.

“Cancer patients should have access to whichever treatment gives them the best chance to fully recover. Technological advancements are improving patient outcomes while minimizing side effects. Patients deserve to benefit from these advancements. This important bill addresses this problem and enables patients to keep their primary focus on getting well,” said Bilirakis.

The bill was sent to the U.S. House Education and Labor Committee. So far, there is no companion measure over in the U.S. Senate. 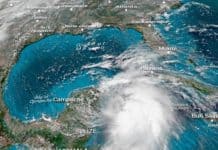