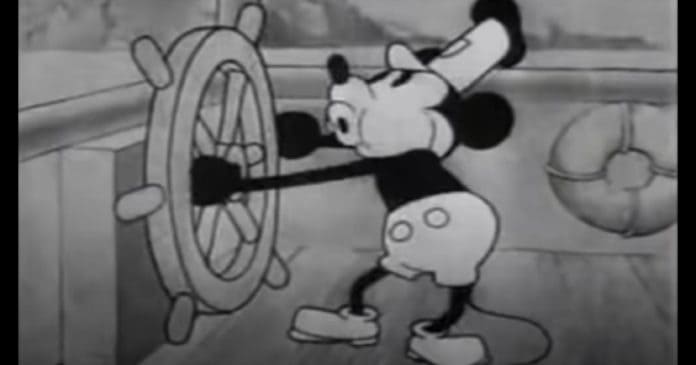 U.S. Sen. Josh Hawley, R-Mo., is championing the proposal in the U.S. Senate.

“The bill would limit new copyright protections to 56 years and make the change retroactive for massive corporations like Disney that have been granted unnecessarily long copyright monopolies,” Hawley’s office noted.

Steube went on the attack against Disney on a host of fronts as he explained why he introduced the proposal.

“Disney should no longer benefit from special favors created by establishment politicians in Washington and Tallahassee. This legislation will remove their special privileges and even the playing field for all entertainment companies,” said Steube. “Disney has leveraged their privileges to conduct reprehensible work with the Chinese Communist regime, force sexual indoctrination on America’s youth, and most recently, aid the murder of unborn babies. I’m pleased to work with Senator Hawley on this critical legislation.”

“The age of Republican handouts to big business is over,” Hawley insisted. “Thanks to special copyright protections from Congress, woke corporations like Disney have earned billions while increasingly pandering to woke activists. It’s time to take away Disney’s special privileges and open up a new era of creativity and innovation.”

“Under Congress’s current sweetheart deal, companies like Disney have been granted certain copyright protections for up to 120 years—well beyond the original maximum of 28 years. This legislation would crack down on copyright monopolies to ensure they only last long enough to encourage innovation,” Steube’s office noted.

The bill was sent to the U.S. House Judiciary Committee. So far, there are no House co-sponsors. With Democrats controlling both chambers of Capitol Hill, the bill is not expected to pass.