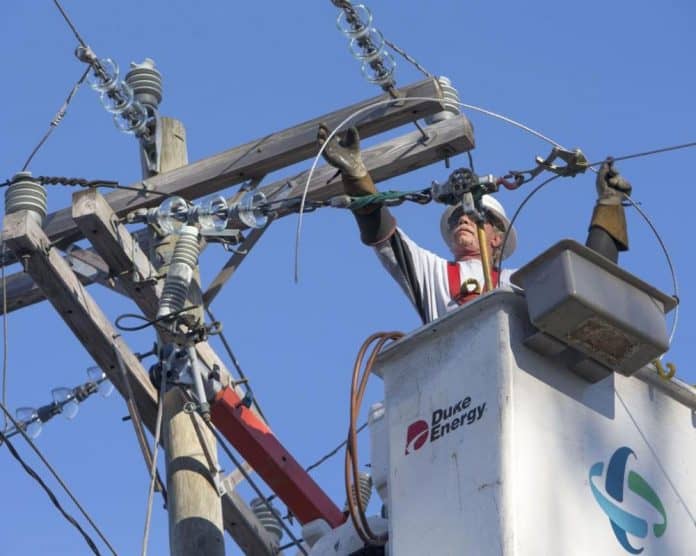 The Liberty First Network has completed its first analysis of possible constitutional amendments for the 2020 election cycle. This amendment analysis was completed by Danielle Snitker and was released on Monday as follows:

BALLOT SUMMARY: Grants customers of investor-owned utilities the right to choose their electricity provider and to generate and sell electricity. Requires the Legislature to adopt laws providing for competitive wholesale and retail markets for electricity generation and supply, and consumer protections, by June 1, 2025, and repeals inconsistent statutes, regulations, and orders. Limits investor-owned utilities to construction, operation, and repair of electrical transmission and distribution systems. Municipal and cooperative utilities may opt into competitive markets.

ANALYSIS: With all petitions or legislation the details are the most important. This ballot petition seems well-intentioned from the summary and title. Floridians have long complained about rising energy costs with no competition or recourse. With only one energy company in a person’s area to choose from these companies have been able to swell costs to the consumers while making record proﬁts. This initiative seems to help ease that with interjecting market principles into the energy market.

Does it accomplish this goal?

No. Unfortunately, the Right to Competitive Energy Market for Customers of Investor-Owned Utilities; Allowing Energy Choice ballot initiative fails at easing consumer pricing for energy or open the market in a meaningful way. In fact, if this petition were to pass, it would be more likely to see confusion, technological stagnation and rising energy costs to the consumers. This is widely seen with the provision of page two of the petition.

(i) limit the activity of investor-owned electric utilities to the construction, operation, and repair of electrical transmission and distribution systems,

If an investor-owned utility is only allowed to construct power generation plants, operate said plants and maintain the lines of distribution this takes away the incentive to create power. Simply, they would be legally prohibited from selling power to a consumer. Selling a product is the main driver for any company to be sustained and being prohibited from that function leaves no means to continue to operate.

This prohibition could lead to a secondary market where a consumer contracts with a company that does not provide energy who then buys energy wholesale from an energy company which would inevitably raise the costs for consumers or all investor-owned utility companies would need government subsidies if not a full takeover.

With no proﬁt incentive for energy producers, the innovation in the market will become stagnant, meaning eﬃciency and environmentally safer alternatives to the energy market will slow down tremendously in Florida.

We also have to consider the impact in the case of natural disasters. If there is a midlevel energy market that does not produce energy but is the only access point to the consumer, this could create longer power outages and consumers have little to no recourse because the production of energy is not contracted directly with the consumer.

(ii) promote competition in the generation and retail sale of electricity through various means, including the limitation of market power, (iii) protect against unwarranted service disconnections, unauthorized changes in electric service, and deceptive or unfair practices, (iv) prohibit any granting of either monopolies or exclusive franchises for the generation and sale of electricity, and (v) establish an independent market monitor to ensure the competitiveness of the wholesale and retail electric markets.

This section will add an additional layer of government to the energy market by creating an independent market monitor while still maintaining the Public Service Commission that is already in place. This “monitor” will also determine if any company has too much “market share” which is the antithesis of a free market principle.

If one company is doing well and providing great service at the best price their market share will increase, however, under this provision, consumers may have to choose between lessor companies because the one providing the best value for the money could be considered “too big” to grow their customer base.

This provision just trades the government-mandated monopoly we now have, to a government-created winner and loser in the market.

Companies providing good service the community could be punished for being too good and bad actors could remain as the only option because of their poor market share.

Other concerning provisions would be laws against the disconnection of service, changes in services and other practices. While these could be better consumer protections, depending on the wording they could also increase consumer costs.

On the surface, this looks like a petition allowing free market principles into the energy market but in truth, it has deceptive wording and negative consequences for the consumer.

While the Liberty First Network would be supportive of more free market principles being in every market, including the energy market, this initiative not only falls short it would increase government involvement, increase bureaucracy, increase unnecessary regulations and in the end increase consumer costs and possible providing poor service in our most vulnerable times.

For more information contact Alexander Snitker at Alex@LibertyFirstNetwork.com or call (813) 315-0513.

Marco Rubio: Why did McKinsey Tell Employees Not to Back Protests Supporting Alexei Navalny in Russia