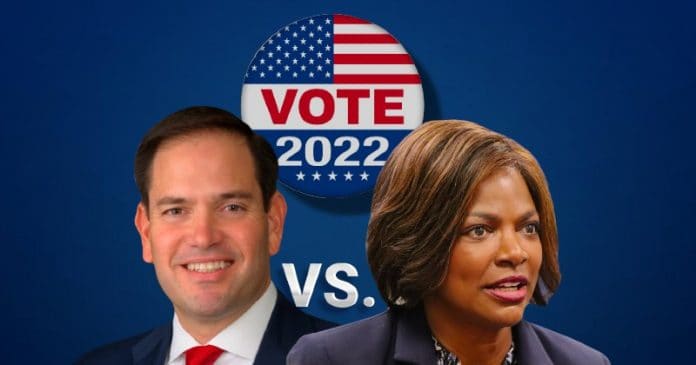 A new poll from Florida Atlantic University’s (FAU) Business and Economics Polling Institute (BEPI) has U.S. Sen. Marco Rubio, R-Fla., ahead of U.S. Rep. Val Demings, D-Fla., as Floridians get ready to vote in two and a half weeks.

Rubio takes 47.7 percent, while Demings gets 42 percent. While 3 percent back other candidates, 7.2 percent remain undecided in the final days of the campaign.

Asked who they think will win the contest, 60.3 percent say Rubio and 39.7 percent say Demings.

Rubio is seen as favorable by 51.1 percent of those surveyed while 40.6 percent view him unfavorably, 8.2 percent are neutral about him and .2 percent have never heard of him.

Demings is seen as favorable by 43.3 percent, while 37.1 percent see her unfavorably and 11.3 percent are neutral about her and another 8.2 percent have never heard of her.

The poll of 719 registered voters in Florida who indicated at least some likeliness to vote in November was taken from Oct. 12 through Oct. 16 and had a margin of error of +/- 3.65 percent.