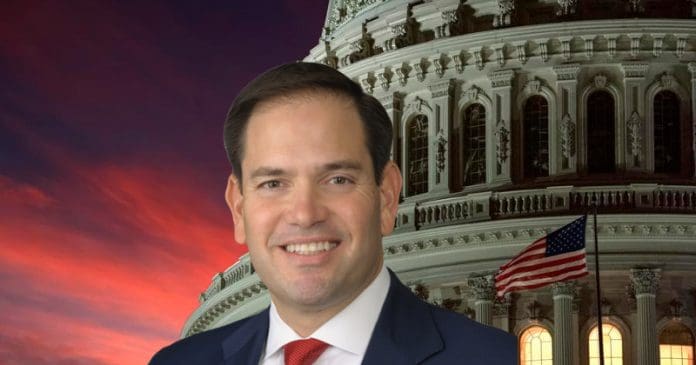 This week, U.S. Sen. Marco Rubio, R-Fla., cheered the Federal Communications Commission (FCC) for its decision “to ban the importation or sale of communications equipment deemed a threat to national security in the United States.”

Rubio’s office stressed that the unanimous FCC decision will implement a law that the senator championed.

“The new rule implements Senator Rubio’s bipartisan Secure Equipment Act, which directs the FCC to adopt rules clarifying that it will no longer review or issue new equipment licenses to companies on the Commission’s ‘Covered Equipment or Services List’ that pose a national security threat.,” Rubio’s office noted.

At the end of May 2021, Rubio brought out the “Secure Equipment Act.” The bill would have the Federal Communications Commission (FCC) “clarify that it will no longer review, or approve, applications from companies on the Commission’s ‘Covered List’” and “prevent further integration and sales of Huawei, ZTE, Hytera, Hikvision, and Dahua – all Chinese state-backed or directed firms – in the U.S. regardless of whether federal funds are involved.”

The House passed the bill on a 420-4 in October 2021 and the Senate also passed it that month without opposition. U.S. Reps. Sean Casten, D-Ill., Veronica Escobar, D-Tex., Sylvia Garcia, D-Tex., and Thomas Massie, R-Ky., voted against the proposal. Seven members of the House did not vote. Every member of the Florida delegation backed the bill.

The legislation’s backers weighed in on Tuesday on the FCC announcement.

“I applaud the Federal Communications Commission for taking this important step to implement my law. This new rule will help ensure that critical American infrastructure is protected from Chinese exploitation,” said Rubio.

“I commend the Federal Communications Commission on issuing its final rule to implement the bipartisan Secure Equipment Act, which I was proud to help lead in the Senate. This new rule will help bolster our communications infrastructure and protect against global technological threats. In our digitally connected world, these protections are essential to ensuring that our communications networks are safe and secure,” said Markey.

“I applaud the historic action taken by the Federal Communications Commission (FCC) to properly implement my bipartisan legislation, the Secure Equipment Act, which safeguards our telecommunications networks from threats by China and others so we can strengthen America’s national security. The FCC’s important action finally starts to confront the significant threat China poses to Americans’ privacy and data security interests. I am pleased to see the FCC take this unprecedented action, and look forward to working with the Commission and other partners to address the continued threat China poses to America,” said Scalise

“I’ve fought for over a decade to address vulnerabilities in our telecommunications infrastructure that directly impact our national security. Equipment made by Huawei and ZTE, companies linked to the Chinese Communist Party, increases the vulnerabilities of our telecommunication systems and puts the privacy and safety of Americans at risk. I applaud the FCC for taking historic action by implementing the Secure Equipment Act, our bipartisan, bicameral legislation that prohibits licenses for any equipment made by companies that threaten our national security,” siad Eshoo.