This week, U.S. Sens. Marco Rubio, R-Fla., and Jeff Merkley, D-Oreg., the co-authors of the Uyghur Forced Labor Prevention Act, sent a letter to the president and CEO of Solar Energy Industries Association “to inquire about the integrity of the U.S. solar panel supply chain as it pertains to forced labor in Xinjiang.” In their letter, the senators highlighted how “the U.S. solar industry sources large amounts of polysilicon and solar products from this region, where the use of forced labor is state-sanctioned and systematic.”

Merkley is the chairman of Congressional-Executive Commission on China (CECC).

We are writing to inquire about the integrity of the U.S. solar panel supply chain as it pertains to forced labor in the Xinjiang Uyghur Autonomous Region (XUAR) of the People’s Republic of China (PRC). We understand that the U.S. solar industry sources large amounts of polysilicon and solar products from this region, where the use of forced labor is state-sanctioned and systematic.

In 2017, PRC authorities aggressively expanded polysilicon production capacity in the XUAR through four PRC companies: Daqo New Energy, Xinte, East Hope, and GCL Poly. As a result, it is estimated that 50 percent of the world’s polysilicon production is now sourced from the XUAR. We also understand that Jinko Solar, a company that sits on the SEIA Board of Directors, owns and operates a solar ingot and wafer plant in the XUAR. In addition, Jinko Solar, JA Solar, and LONGi Solar – all SEIA members – have publicly indicated that they source polysilicon from the XUAR.

Survivor interviews, media reports from multiple countries, leaked government documents, and satellite imagery prove the existence of large-scale internment facilities in the XUAR, where PRC authorities have arbitrarily detained over one million Uyghurs and other Turkic or Muslim minorities. Beginning in December 2018, press reports showed how goods made with forced labor at these internment facilities entered the United States. Since those initial reports, a growing body of evidence has indicated that forced labor is pervasive in the XUAR as a matter of PRC government policy.

Earlier this month, the BBC reported on a PRC state program to transfer hundreds of thousands of Uyghurs and other ethnic minorities to factories and other worksites that are often located far from their homes, including in cities outside of the XUAR. This transfer program is aimed at thinning out these culturally, ethnically, and religiously distinct communities, and like the internment camps, it involves coercive measures to force Uyghurs and other Turkic or Muslim minorities to pledge loyalty to the Chinese Communist Party and renounce their religion, culture, and language and embrace atheism and the Chinese language and culture instead.

The U.S. government has intensified its scrutiny of human rights abuses in the PRC as a result of these troubling developments in the XUAR. The U.S. Departments of State, Commerce, Treasury, and Homeland Security have focused, in particular, on the use of forced labor in key supply chains based in the PRC. These executive departments jointly issued the Xinjiang Supply Chain Business Advisory on July 1, 2020. In addition, U.S. Customs and Border Protection has issued 11 Withhold Release Orders on all cotton, cotton products, tomatoes, and tomato products as well as certain garments, hair products, apparel, computer parts, and other products suspected to be produced with forced or prison labor from the XUAR.

In light of the aforementioned facts, we request the following information: 1) the extent to which the U.S. solar supply chain is currently dependent upon polysilicon and solar ingots/wafers produced in the XUAR; 2) what actions, if any, SEIA has taken to ensure that its members are fully aware of the prevalence of XUAR-made polysilicon and solar ingots in the solar supply chain; 3) whether SEIA has advised its members to exclude PRC-made polysilicon and other solar products from the supply chain for solar panels being sold in the United States; and 4) any steps taken by SEIA and/or its members, including Jinko Solar, to ensure that no forced labor has been used during the production of solar polysilicon, ingots, or other solar products sourced from the XUAR.

The SEIA website describes an industry-wide initiative aimed at increasing social awareness. It explains that “SEIA works hard to ensure that the solar industry fosters practices that protect consumers, expands solar access to all communities, and promotes a diverse and growing workforce.” We trust that as SEIA implements this initiative, consideration will be given to how reliance on a PRC-based supply chain fails to protect consumers from inadvertently contributing to human rights abuses abroad through their choice to consume renewable energy at home.
Thank you for your attention to this important and timely issue. We look forward to your response. 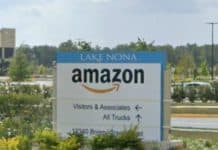