This week, U.S. Sen. Marco Rubio, R-Fla., continued his efforts to have the U.S. State Department issue a formal determination of whether the atrocities being committed in the Xinjiang Uyghur Autonomous Region (XUAR) amount to genocide.

Earlier this year, Rubio and Merkley were joined by more than 70 members of the Senate and the House in sending a letter to Pompeo and U.S. Treasury Sec. Steven Mnuchin regarding the ongoing atrocities in the XUAR against Uyghurs and other Muslim minorities.

Rubio is the co-chairman of the Congressional-Executive Commission on China (CECC) and member sits on the U.S. Senate Foreign Relations Committee.

We write again with regard to new evidence about systematic and extensive human rights abuses being committed in the Xinjiang Uyghur Autonomous Region (XUAR) in the People’s Republic of China. Analysis of satellite imagery shows that Beijing is expanding its ability to permanently detain ethnic minority populations. More than 380 detention centers and prisons were either newly built or greatly expanded since 2017, demonstrating again that the long-term intent of the Chinese Communist Party is to forcibly assimilate or eliminate Uyghurs and other Muslim ethnic minorities.

The atrocities being committed in the XUAR require a robust response. In addition to mass internment and forced labor, we wrote you in July about women forced to undergo sterilizations and abortions so the Chinese government can control the family size of ethnic Uyghurs and Kazakhs. Systematic efforts to coercively limit the population of ethnic minority communities is appalling and, along with Beijing’s policies of mass internment and forced labor, likely constitute atrocity crimes under U.S. law.

It has been long-standing U.S. policy to ensure that Chinese government officials responsible for the coercive enforcement of population control policies are held to account (see 8 U.S.C. 1182e). Given the egregious intent undergirding these policies in the XUAR, we ask that you continue to employ Global Magnitsky sanctions and other measures for any individuals or entities complicit in the implementation of the mass arbitrary internment, forced labor, and coercive population control policies as well as any other human rights abuses.

But more than additional sanctions are needed. The United States has made the prevention of genocide and other atrocity crimes a priority though the ratification of the Convention on the Prevention and Punishment of the Crime of Genocide in 1988, and the enactment of the Elie Wiesel Genocide and Atrocities Prevention Act (P.L. 115-441). We renew our request for the Department to issue a public determination of whether atrocity crimes are being committed in the XUAR – and if these crimes amount to genocide. Doing so will further focus the Administration’s resources to address and expose offenses in the XUAR and demonstrate U.S. leadership to the international community.

We also ask that the Department focus additional diplomatic resources to encourage the United Nations to take meaningful action. Recently, more than 50 United Nations Special Experts were joined by a global coalition of 321 civil society groups to ask for the creation of an independent human rights mechanism on the Chinese government’s systematic and egregious human rights abuses, including in the XUAR. These efforts need consistent and vocal U.S. support to ensure there is global attention and condemnation of the Chinese government’s policies.

Lastly, the Uyghur Human Rights Policy Act (P.L. 116-145) requires a public report on human rights conditions in the XUAR. Given the independent researchers’ and journalists’ important work on this topic, we ask that the Department consult with them and incorporate that data, along with the government’s own research and intelligence collection, into the required report to Congress.

We stand ready to assist your efforts to address the Chinese government’s egregious human rights abuses. 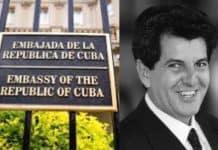