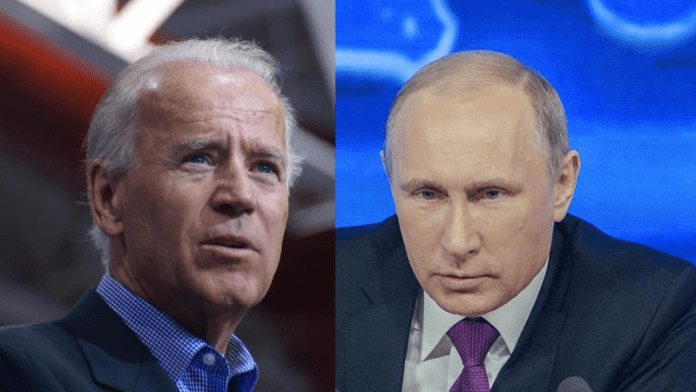 Noting that Russian authorities have forcibly deported an estimated 900,000 to 1.6 million Ukrainians to Russia and Russian-occupied areas of Ukraine, U.S. Sens. Tim Kaine, D-Va., and Marco Rubio, R-Fla., are calling on President Joe Biden to assist Ukraine in holding Vladimir Putin and his enablers accountable for their war crimes.

Kaine is the chairman of the U.S. Senate Select Committee on Intelligence which Rubio co-chairs.

The senators sent a letter to Biden on the matter this week, which is below.

We write to urge you to increase the United States’ efforts to hold accountable and investigate individuals of the Russian Federation involved in the practice of establishing “filtration camps” in Russian-occupied areas of Ukraine. The U.S. State Department’s recent announcement indicates the formation of an Atrocity Crime Advisory Group with the United Kingdom and European Union to investigate war crimes committed by Russian forces in Ukraine. This effort should include investigations of filtration camps in order to determine if such camps have evidence of crimes against humanity or genocide.

Despite their sanitized, euphemistic name, these camps have similarities with earlier Soviet efforts at destroying non-Russian ethnicities. Public reporting suggests that these camps are the earliest indications of coordinated, state-directed atrocities against the Ukrainian people. Escapees from these camps describe ghetto-like conditions where Russian authorities seek to identify individuals with ties to the Ukrainian military, journalists, or civil society – including even searching for tattoos that indicate sympathy for Ukrainian nationhood. Some reports estimate as many as 400,000 Ukrainians have been processed by these camps, including through forcible deportations, to work in remote regions of Russia, provide support for the Russian forces occupying their own country, and have been tortured. If the history of Russia’s use of filtration camps in Chechnya is any indication, it is possible that many of these individuals face the prospect of mass violations of their human rights.

Russia’s expulsion of international media, as well as the criminalization of local independent media, has undoubtedly led to an atmosphere of impunity for the Russian forces tasked with organizing these camps. It is imperative that the United States, and our international partners, are vigilant in monitoring illegal Russian actions. We also ask that you ensure that U.S. assistance, including to Ukraine’s Office of the Prosecutor General, will support Ukraine to build the capacity necessary to bring all war crimes perpetrators to justice. The international community shares a moral obligation to hold Vladimir Putin and his enablers accountable for their crimes.

We are prepared to support your efforts to stop these atrocities. We thank you for your attention to this serious matter.