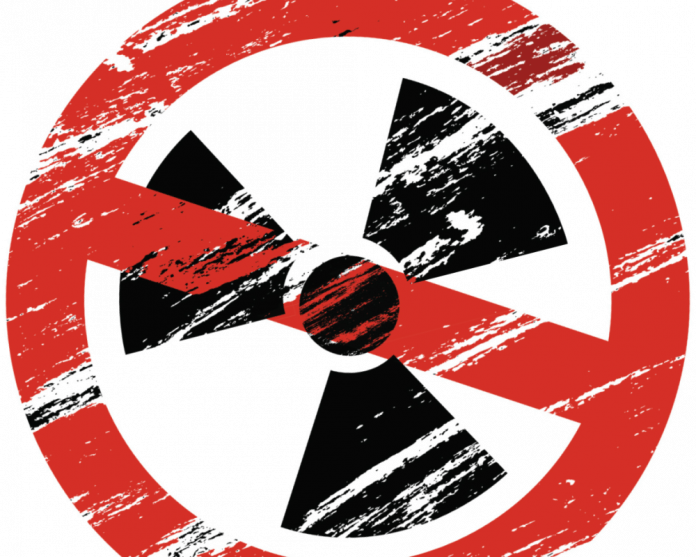 Last month, Rubio teamed up with U.S. Sen. Bob Menendez, D-NJ, to call on the Government Accountability Office (GAO) to “open a review into the Trump Administration’s negotiations with the Kingdom of Saudi Arabia, as well as any negotiation by the executive branch since December 2009, regarding a civil nuclear cooperation agreement.”

The senators paired up again this week to press U.S. Energy Sec. Rick Perry–briefly a rival to Rubio in the 2016 Republican presidential primaries–on the matter, as the Energy Department grows increasingly open to helping Saudi Arabia’s nuclear ambitions.

“We write to express our deep concerns regarding the Department of Energy’s recent approval of Part 810 authorizations to allow U.S. companies to transfer certain nuclear energy technologies and related assistance to the Kingdom of Saudi Arabia,” the senators wrote.  “As you are aware, in order for the United States to engage in major nuclear cooperation with a foreign country, the United States must enter into a so-called ‘123 agreement.’  A 123 agreement can only enter into force after Congress has reviewed it and evaluated whether the agreement meets the nonproliferation standards required by Section 123 of the Atomic Energy Act of 1954.

“The United States currently does not have a 123 agreement in force with Saudi Arabia.  While we are aware a Part 810 authorization can be utilized for certain types of limited nuclear cooperation, we are particularly concerned about this mechanism being used right now with Saudi Arabia.  The Kingdom frankly has engaged in many deeply troubling actions and statements that have provoked alarm in Congress and led lawmakers to begin the process of reevaluating the U.S.-Saudi relationship and our long-term stability and interests in the region.  We therefore believe the United States should not be providing nuclear technology or information to them at this time,” Rubio and Menendez added. “We are very concerned about the nuclear proliferation risk associated with the Kingdom’s nuclear program.  As has been reported, Saudi Arabia has repeatedly asked during nuclear cooperation negotiations that no limitations in a 123 agreement be placed on its ability to enrich uranium and reprocess its spent nuclear fuel.

“Many in Congress therefore worry that Saudi Arabia’s interest in someday producing its own stocks of nuclear fuel—despite the fact the Kingdom could purchase fuel on the international market more cheaply—could lead to it to divert fuel to a covert nuclear weapons program,” they continued. “Indeed, Crown Prince Mohammed Bin Salman has stoked fears surrounding Saudi Arabia’s interest in acquiring a nuclear weapon, asserting in March 2018 that ‘without a doubt if Iran developed a nuclear bomb, we will follow suit as soon as possible.’ To our knowledge, the United States has never concluded a 123 agreement with a non-nuclear-weapon state that openly states a current intention, however conditional, to develop nuclear weapons.

“Over the past decade, several administrations have explored the possibility of nuclear cooperation with Saudi Arabia.  These negotiations have been clouded in secrecy and the Executive Branch has not kept Congress ‘fully and currently informed’ of these discussions or their progress as required by the Atomic Energy Act’s Section 123(e).  The opacity of this process has only served to further fuel concerns among members about the nonproliferation risks associated with the Saudi nuclear program,” the senators wrote. “Due to the revelations that the administration has approved multiple licenses for exporting nuclear technology to or engaging in the production or development of special nuclear material in Saudi Arabia, we would appreciate your answers to the following questions by April 10: What are the specific contents of the Part 810 authorizations?  What do the authorizations allow U.S. companies to engage in? What are the nonproliferation risks associated with these authorizations? What negotiations has the Department engaged in with Saudi Arabia?  How did these negotiations lead to the development of the authorizations? What was the interagency process behind the authorizations?  How were the approvals coordinated? Which companies received approval for preliminary work under the Part 810 authorizations? Why did the companies seeking approval ask the Department of Energy to keep the approvals secret?

“Thank you for your swift action on this matter, and we look forward to your response,” Rubio and Menendez wrote in conclusion.

Rubio has grown increasingly active in trying to stop Saudi Arabia’s nuclear aspirations. Last month, Rubio teamed up with U.S. Sen. Ed Markey, D-Mass., to bring out the “Saudi Nuclear Nonproliferation Act.” Over in the U.S. House, U.S. Rep. Brad Sherman, D-Calif., is pairing up with U.S. Rep. Ted Yoho, R-Fla., to champion to the proposal which “increases congressional oversight over any civil nuclear cooperation agreement – or 123 agreement – between the United States and Saudi Arabia.” There have been several reports of the Trump White House working with Saudi Arabia on the matter.

“Until the Saudi government agrees to adhere to the ‘Gold Standard’ for responsible nuclear behavior, allows the IAEA’s Additional Protocol nuclear inspections, and also proves they are willing to be a responsible partner that respects the basic human rights of their citizens, the United States should suspend all talks related to a civil nuclear cooperation agreement with Saudi Arabia,” Rubio said when he brought out the bill. “This important bill will ensure Congress has oversight over and the right to affirmatively approve any civil nuclear cooperation agreement with Saudi Arabia, and also continues to press the Saudis for full accountability in the brutal murder of Jamal Khashoggi.”

“Saudi Arabia’s expressed interest in entering into a 123 Agreement with the United States will be held to the same stringent criteria as previous agreements,” said Yoho who leads Republicans on the U.S. House Asia and Pacific Subcomittee. “Any accord with the Kingdom of Saudi Arabia needs to be approved by Congress. Proper oversight is key to making sure all enumerated criteria – laid out in this bill – are met before any 123 agreement can be reached.”