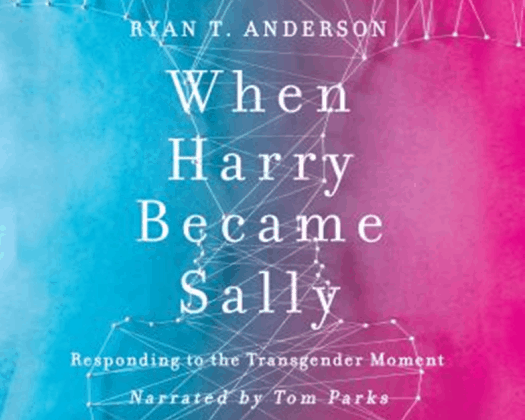 The senators asked Bezos to respond no later than March 9, 2021.

We write regarding Amazon’s recent political censorship activities, particularly the decision to remove the book When Harry Became Sally by conservative scholar, Ryan Anderson, from the Amazon website, Kindle, and Audible platforms. Over the past 72 hours, Amazon has been unable to provide a sufficient explanation as to how Anderson’s book, which reached the top of two of Amazon’s best-seller lists before it was even released in 2018, supposedly violated a vague, undefined “offensive content” standard.

When Harry Became Sally prompted important discussions in the national media and among policymakers in 2018, and remains one of the most rigorously researched and compassionately argued books on this subject. By removing this book from its marketplaces and services, Amazon has unabashedly wielded its outsized market share to silence an important voice merely for the crime of violating woke groupthink.

The internet is at its best when it is an open marketplace of ideas that brings people together to share, learn from one another, and engage in a range of commercial activities. Many Americans have come to rely on online retail more than ever before to meet their basic needs, particularly in light of the COVID-19 pandemic. In its decision to remove Mr. Anderson’s book from its platforms, Amazon has openly signaled to conservative Americans that their views are not welcome on its platforms. Amazon’s shortsighted censorship of this well-researched and thoughtful contribution to modern American discourse is not just a decision made in poor taste, but an assault on free speech that carries weighty implications for the future of open discourse in the digital age.

In its decision to remove Mr. Anderson’s book from its platforms, Amazon neglected this duty and openly signaled to conservative Americans that their views are not welcome on its platforms. We request answers, along with supporting documentation, including communication with other technology companies and members of the Biden Administration, to the following questions to clarify the intentions and extent of the actions taken by Amazon to censor speech:

Did Amazon have any discussions in 2018 before When Harry Became Sally was first published regarding the content as it related to your community standards? If so, please provided documentation that explains why the book was allowed on the platform at the time.

What was the motivating factor behind Amazon’s decision to remove access to this book after hosting it for sale for over three years? Is this action part of a broader campaign against conservative material and voices on Amazon’s platforms?

Did the book violate an Amazon policy? If so, please provide documentation related to the policy, which passages Amazon identified as “offensive content,” and the step by step process under which the determination to remove the book was made.
Did the policy change between 2018 and now? If so, please provide documentation that led to the change and how publishers and sellers were notified of the change.

Was the author or the publisher of the book or given advance warning of the book’s removal from Amazon’s platforms? Were they provided with a reason for the removal or a form of recourse?

Amazon Web Services hosts countless websites related to religious, politically conservative, classically liberal, and other content that falls outside the realm of acceptable woke groupthink. Are these sites at risk of being denied service by Amazon? How does the determination of which site to host compare to that of which books to remove from Amazon’s platforms?

We would appreciate a reply no later than March 9, 2021. Thank you for your attention to this critical matter.