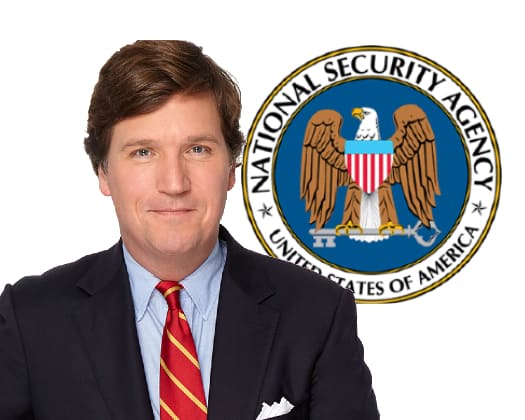 On Tuesday, U.S. Sen. Marco Rubio, R-Fla., sent a letter to Director of National Intelligence Avril Haines to request a “formal inquiry into allegations that Fox News host Tucker Carlson’s communications were subject to NSA collection, and that Mr. Carlson’s identity was “unmasked” component to that collection.”

Rubio is the vice-chairman of the U.S. Senate Select Committee on Intelligence.

As you and I have previously discussed, our institutions are only as good as the American public’s confidence in them. As Director of National Intelligence, it is incumbent upon you to help assure the American public that the Intelligence Community (IC) is operating consistent with the law. For this reason, I write to ask you, in coordination with the Director of the National Security Agency (NSA), to conduct a formal inquiry into allegations that Fox News host Tucker Carlson’s communications were subject to NSA collection, and that Mr. Carlson’s identity was “unmasked” component to that collection. Additionally, I request that you publicly release to the greatest extent practicable, and in a manner that does not endanger intelligence sources or methods, all documents, materials, and communications supporting the conclusions of this inquiry.

On June 28, 2021, Mr. Carlson alleged on his show that he had heard “from a whistleblower within the U.S. government who reached out to warn us that the NSA … is monitoring our electronic communications and is planning to leak them in an attempt to take this show off the air.”

The NSA publicly responded to Mr. Carlson’s allegations with a statement on Twitter that frankly only created more questions. While the NSA’s response indicated that “[t]his allegation is untrue,” it also noted that Mr. Carlson “has never been an intelligence target of the Agency and the NSA has never had any plans to try to take his program off the air.” Notably, Mr. Carlson did not allege that he was an intelligence target. His allegation was that the NSA was “monitoring our electronic communications.”

Unfortunately, NSA’s decision to engage on the matter publicly in such a precise yet unresponsive manner has only fueled public suspicion and distrust. This is further damaging public trust in the IC. Similarly, media reports that Mr. Carlson was unmasked by a government agency or official have only fueled the perception that unmasking is being used as a political hammer or to satisfy curiosity.

As such, it is essential that the IC – under your leadership – hold itself to account if misconduct has occurred, and convincingly reassure an American public increasingly attuned to the perception of widespread misconduct where it has not occurred.

Thank you for your attention to this important matter and your efforts to ensure that IC elements and employees are following the law and acting in good faith. I look forward to continuing to work with you to ensure the American people have confidence in the IC.