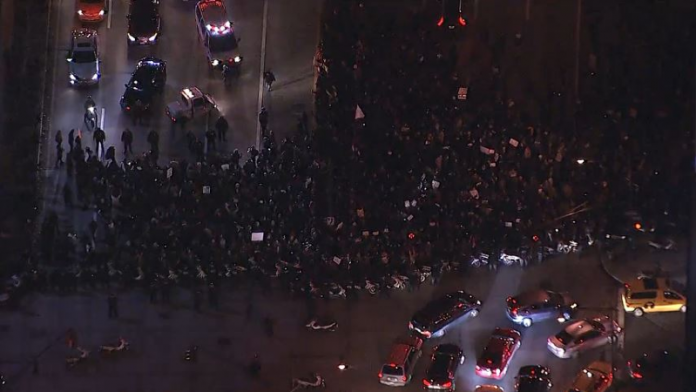 Pointing to incidents of liberal protesters “blocking interstate highways, risking the safety of commuters, first responders, and other travelers on our nation’s roadways,” this week, U.S. Sen. Marco Rubio, R-Fla., introduced a bill to criminalize that kind of activity.

Rubio brought out the “Safe Passage on Interstates Act” on Tuesday and showcased the proposal on Wednesday.

While some states have criminalized such acts, there is no federal law against doing so.

“Antifa and other radical protesters who block highways disrupt law-abiding Americans from driving to work, school buses from getting kids to school, and ambulances from getting to the hospital. It’s ridiculous that there is no federal law against this type of stunt. We need to make sure people face criminal penalties for blocking interstate systems that we all rely on,” Rubio said.

The bill “would apply to any intentional obstruction of traffic on an interstate highway, so long as it occurs without proper governmental authorization.”

Rubio’s bill was sent to the U.S. Senate Judiciary Committee. So far, Cramer is the only Senate co-sponsor and there is no companion measure over in the U.S. House.