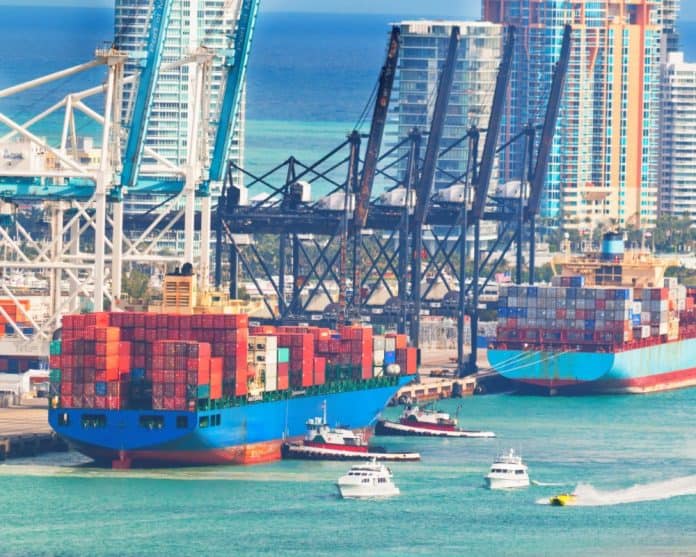 With Congress now facing a third economic relief bill to counter the impact of coronavirus, members of the Florida delegation are calling for some help to the ports across the Sunshine State.

At the end of last week, U.S. Rep. Frederica Wilson, D-Fla., rounded up members of the Florida delegation to urge the leaders of the U.S. House and the U.S. House Appropriations and the Transportation and Infrastructure Committees to help fund the state’s ports.

“Florida seaports are a major engine of economic activity for the state and the largest hub of cruise activity in the United States. It supports more than 150,000 jobs and generates nearly $8 billion in wages and salaries,” Wilson’s office noted. “The coronavirus pandemic is projected to cause Florida ports to lose at least $198 million in service fees and other cruise- and port-related revenue during the next six months, which would have a ripple effect throughout the state’s economy and impact hundreds of workers who support cruise and other vessels.”

The letter called for “at least $1 billion to mitigate the impact of the loss of cruise ship revenues, a portion of which should be used to compensate port employees impacted by the disruption” to help Florida’s ports. Other signers besides Wilson include U.S. Reps. Ted Deutch, D-Fla., Neal Dunn, R-Fla., Lois Frankel, D-Fla., Alcee Hastings, D-Fla., Bill Posey, R-Fla., and Ross Spano, R-Fla.

Wilson, the chairwoman of the Florida Ports Caucus, held a conference call on Thursday with other members of the delegation and industry leaders to focus on the issue.

“Florida ports create jobs, jobs, jobs, which is why our delegation must fight as hard for our state’s ports and port workers as our colleagues from Michigan did for the auto industry,” Wilson said.