Four Florida counties have declared themselves “Second Amendment Sanctuaries” but, despite the rhetoric, the measures have almost nothing in common with so-called immigration sanctuary cities.

“Sanctuary city” is a broad term that has been most commonly used to describe local jurisdictions that have laws or other policies in place that limit participation in federal immigration enforcement actions.

In its Fiscal Year 2018 Enforcement and Removal Operations Report, U.S. Immigration and Customs Enforcement (ICE) noted that cooperation from local jurisdictions is “critical to its ability to identify and arrest aliens.”

In June, Gov. Ron DeSantis signed a measure banning so-called immigration sanctuary cities in the state. The law went into effect on Oct. 1, and the city of South Miami and several immigrant-rights groups are challenging it in court.

Nationally, San Francisco might be the most widely-known immigration sanctuary city. The Sanctuary Ordinance, first passed in 1989, “generally prohibits city employees from using city funds or resources to assist Immigration and Customs Enforcement (ICE) in the enforcement of federal immigration law unless such assistance is required by federal or state law.”

At its meeting on Nov. 19, the Suwannee County Board of County Commissioners unanimously approved a resolution declaring the county a Second Amendment sanctuary. The following day, the county commissioners in both Marion and Wakulla Counties did the same. They join Lake County, which became the first in the state to do so earlier this month.

“This draws a line in the sand. It doesn’t mince words, and I hope it sends a message to what can best be described as the authoritarian control freaks,” Lake County Commissioner Josh Blake told the Orlando Sentinel. “They see it as their job to forcibly disarm their fellow citizens. And with all due respect, that simply won’t be happening in Lake County.”

Fox News reported that passage of the resolution means “Lake County’s law-abiding gun owners are safe from having their firearms taken away.”

WCJB, the ABC News affiliate in Gainesville, reported that the Marion County resolution “means that law-abiding gun owners are safe from having their firearms taken away.”

But, despite the rhetoric being used by proponents and reporters alike, these resolutions will have no impact on the enforcement of any law.

An ordinance, on the other hand, is “an official legislative action of a governing body, which action is a regulation of a general and permanent nature and enforceable as a local law.”

In short, the resolutions passed in all four counties are merely political statements of opinion and do not carry the force of law.

But this doesn’t seem to be deterring Clay County Commissioner Gavin Rollins, who told Action News Jax he intends to introduce a similar resolution at an upcoming county commission meeting.

While immigration sanctuary cities have attracted fierce opposition from Gov. DeSantis, as well as from Republicans in Florida and nationwide, it’s almost certain these self-proclaimed Second Amendment Sanctuaries won’t get the same treatment from their political opponents unless they dramatically change their strategy and pass legislation that actually bans the enforcement of something.

So far, not one in Florida has done that.

Michael Boldin is the founder and executive director of the Tenth Amendment Center. Follow TAC on Twitter @tenthamendment 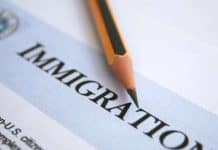 Rick Scott Wants Answers From the Biden Administration on Immigration