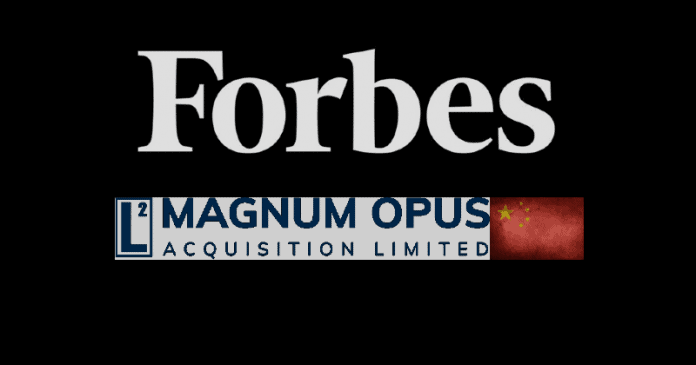 Last August, Forbes announced it had reached a ‘definitive business combination agreement’ with Magnus Opus in a deal valued at $630 million. However, the source of the Magnus Opus’ original funding from the China Investment Corporation (CIC) raises serious national security concerns over the intent of the purchase.

On March 25, 2021 Magnus Opus Ltd received its seed money from the China Investment Company (CIC), a sovereign wealth fund responsible for managing part of China’s foreign exchange resources and is a financial arm of the Chinese Communist Party (CCP). The Chairman of CIC, Peng Chun, personally singed the paperwork for CIC’s investment of Magnus Opus. Two days after receiving its seed money from CIC, Magnus Opus met with representatives of Forbes on March 27, 2021.

The letter raises concerns over a China-based company with financial links to the communist government acquiring a major U.S.-based media company and whether the acquisition triggered a CFIUS declaration and review.

The concern derives from an ongoing acquisition of Forbes by a China-based special purchase acquisition company (SPAC), Magnum Opus Acquisition Ltd (Magnus Opus). According to a February media report, the SPAC went public in March 2021 and a stake of the shell company was owned by the China Investment Corporation (CIC), a Chinese sovereign wealth fund responsible for managing part of China’s foreign exchange reserves.

It is my understanding, that on March 25, 2021, Magnus Opus received its seed funding from CIC. Two days later, on March 27, representatives of Magnus Opus met with representatives of Forbes. In August, Forbes Global Media Holdings and Magnus Opus announced they had come to a definitive business combination agreement. Suspiciously, CIC reportedly sold its shares in the SPAC at the end of 2021.

As you are aware, CIC is a financial arm of the Chinese Communist Party (CCP) and the timing of Magnus Opus’s meeting with Forbes’ representatives so soon after receiving its seed money from CIC raises questions about the initial intent of investment. The potential ownership of a major American media company by an arm of the CCP raises serious national security concerns and whether the deal should be allowed to move forward.

Concerningly, the Chairman of CIC Peng Chun personally signed the paperwork for CIC’s investment of Magnus Opus on March 25, 2021. The fact such a minimal budgetary investment coming from the CIC would directly involve its chairman raises additional questions.

For decades, Forbes has served as a champion of free press in its reporting on capitalism and democracy. We’ve seen the CCP utilize its own media platforms to spread propaganda with the intent to weaken the United States’ standing in the world and undermine other global allies and partners. Should the CCP have a major footprint in a respected U.S. media entity, they will be able to spread that propaganda through a platform here at home, undermining American interests.

Therefore, in your role as chair of The Committee on Foreign Investment in the United States (CFIUS):

Can you say whether Forbes filed a declaration of the proposed acquisition by Magnus Opus Acquisition Ltd.? If not, can you please explain why 31 C.F.R. § 800.401, does not apply?

Can you say whether the proposed acquisition is actively under review by CFIUS and what is the status of the review? If not, why?

Can you provide a list of proposed transactions that CFIUS has reviewed in which Magnus Opus Acquisitions Ltd. has been a party, consistent with confidentiality requirements and exceptions under Section 721 of the Defense Production Act of 1950?

I stand ready to review or discuss your responses in a secure setting, if necessary.

Thank you for your kind attention to this request. 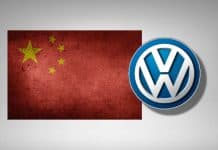