Gov. Ron DeSantis wants the starting teacher salary to begin at $47,500 a year.  Some members of teachers unions, including the Florida Education Association, want more, pointing out that existing teachers won’t be receiving a pay bump.

“We applaud the governor for making education a top priority and see his teacher salary proposal as a step in the right direction towards attracting the best talent to the state of Florida,” said Tim Weisheyer, the president of the Florida School Boards Association.

With the Legislature getting ready to hold its regular session next month, DeSantis could have some problem with Republicans, especially in the House, who want to know how to pay for the increased salaries.

Naturalized Citizens Could Determine the 2020 Elections in Florida

New American Leaders (NAL) has a recent report which finds that naturalized citizens– immigrants who have become U.S. citizens–could play a decisive role next year’s elections in the Sunshine State.

The organization maintains its role is to help immigrants, women and other underrepresented Americans get into public office and exercise their voting rights.

“There is the ability in Florida, right now with the existing number of registered naturalized citizens to change the outcome of the election in one direction or another,” said NAL President Sayu Bhojwani.

The group also looked at other states, including stressing there are 64,000 newly naturalized citizens in Michigan, a state which Donald Trump won by around 10,000 votes in 2016 and which is expected to be a battleground next year.

Bhojwani said some groups of naturalized citizens, including Asian-Americans and Latinos, are being overlooked. 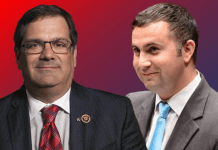