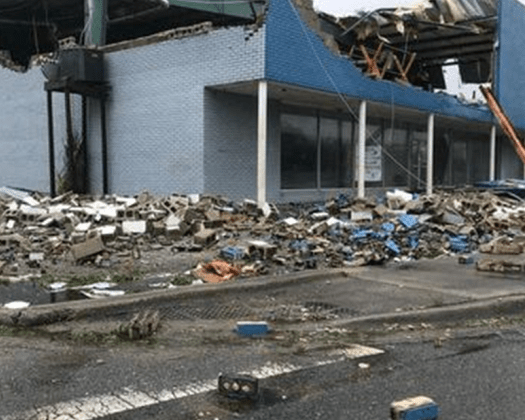 While the Federal Emergency Management Association (FEMA) issued an emergency declaration on September 16, making immediate disaster aid available, neither the president nor the U.S. Department of Agriculture have yet issued disaster declarations that make critical federal resources available for the agriculture community’s recovery.

Hurricane Sally made landfall along the Florida/Alabama border early Wednesday, September 16. The Category 2 storm unleashed close to thirty inches of rain across the Florida Panhandle, flooding hundreds of thousands of acres of farms and causing up to 100 percent crop losses. Agricultural crops impacted by Hurricane Sally include 100,000 acres each of peanuts, cotton, and hay; 10,000 acres of corn; 4,000 acres of horse farms, and other important commodities including seafood, aquaculture, pecans, walnuts, and timber. On Sunday, Fried toured the impacted area, meeting with 50 North Florida farmers, and also requested the governor to activate the state’s emergency bridge loan program to assist agriculture producers facing losses. DeSantis activated the loan program on Wednesday.

Fried’s letter to Trump is as follows:

I write today in support of the Governor of Florida’s request for a Major Disaster Declaration for the following counties impacted by Hurricane Sally: Escambia, Santa Rosa, Bay, Calhoun, Franklin, Gadsden, Gulf, Holmes, Jackson, Liberty, Okaloosa, Walton, and Washington. This approval and a subsequent USDA Secretarial disaster declaration are critical for those impacted to receive federal resources needed to recover, including our agricultural producers in the Panhandle who experienced significant crop losses due to this storm.

As you know, Hurricane Sally made landfall as a Category 2 storm on Wednesday, September 16, devastating numerous North Florida counties and causing catastrophic flooding in the region. Unleashing close to thirty inches of rain and threatening communities across the Florida Panhandle, this disaster has exacted a substantial toll on Florida’s agriculture producers.

Hurricane Sally has affected growers whose major commodities, including peanuts, cotton, and timber, are valued at $400 million and directly support 8,000 jobs in the region. Agricultural commodities impacted by this disaster include the following: 100,000 acres each of peanuts, cotton, and hay; approximately 10,000 acres of corn; 4,000 acres of horse farms; and other important industries such as seafood, aquaculture, pecans, walnuts, and timber.

With many of the affected Panhandle farmers facing nearly 100 percent agricultural losses, a Major Disaster Declaration for the counties affected and a subsequent USDA Secretarial disaster declaration is necessary to support our agricultural producers’ recovery. I also urge you to support additional congressional action, should a supplemental emergency disaster package be required due to the breadth of Hurricane Sally’s losses, which may not be covered adequately under existing USDA disaster assistance programs. Many of these same proud Florida farmers are still reeling from $1.3 billion in agricultural losses inflicted by Hurricane Michael in 2018, and are still awaiting federal relief funding from losses endured.