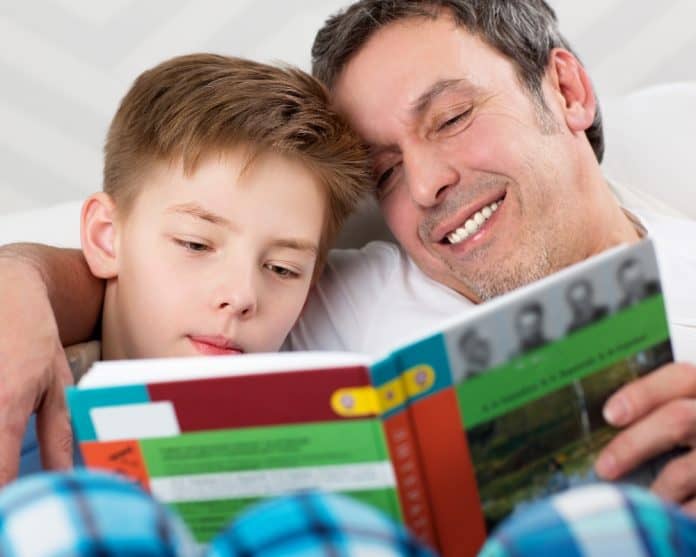 In recent years, America has seen parents fighting back against the indoctrination of their children in public schools. School board members have been ousted from their positions, and bills combating the influence of political ideology in classrooms have been signed into law. Teachers’ unions longstanding monopolization of education policy looks like it could finally be coming to an end. With the midterms approaching, the parental-choice movement has reason to feel encouraged.

But raising our voices and electing the right leaders are only parts of the solution. Contrary to what many on the Left claim, parents must play a central role in educating our children. The recent progress we’ve witnessed is the start of a movement not only to keep political ideology out of classrooms but also to increase parental involvement in the education of the next generation. Mothers and fathers must lead this effort.

It is not uncommon for fathers to feel like they don’t have a defined role to play in the education of their children. Even when fathers are involved, they often play second fiddle to mothers when it comes to many aspects of parenting, especially education. After all, if we look around at the parent-led education reform groups that exist today, we are more likely to see a mother- or mother-grandmother-led coalition than we are to see a father- or grandfather-father-led group. This needs to change.

We must encourage fathers not only to get involved but also to become leaders in their children’s lives when it comes to education. In an age when kids face so much pressure to embrace radical and destructive ideologies, fully engaged fathers can act as a bulwark against these ideas.

Though progress has been made in some states to end the brainwashing that too often happens in classrooms, the fight is only beginning. Plentiful reports have emerged about lessons in schools trashing masculinity as “toxic” and shaming boys for being beneficiaries of “the patriarchy.” Does anyone – other than radicalized educators – believe this is what our kids should be taught?

If fathers do not involve themselves in educating their children, nothing will prevent these kids from believing the falsehoods they might be exposed to in the classroom. We cannot allow these lies to take root in the minds of our children. They particularly hurt young men, who will be less likely to become fathers or stay present in their children’s lives as a result. This cycle will only continue if fathers and grandfathers don’t make it their business to stop it.

To break this cycle, we must make a concerted effort to encourage fathers to participate in the education of kids. For too long, the Left’s cultural dominance has undermined the role of fathers in the lives of our children. But even many advocates for parental involvement in education haven’t sufficiently emphasized fathers’ importance.

Fathers must help instill the values in their children that will guide them throughout life. If we fail to do this, our kids will be molded instead by the bureaucrats who continue to exercise control over the education system. Do the same people who closed schools for two years really care about what’s best for our kids?

Now more than ever, it is time for fathers to step up and become advocates for parental involvement in education. Fathers must be the protectors our kids deserve, and this starts by shielding them from the pernicious influence of political ideology in the classroom. Though it is remarkable to see the success of the parental-choice movement in recent years, we cannot become complacent when there is so much work left to do. That work will be much easier and more effective if fathers pick up the mantle and help lead the way.

Noah Wall is an executive vice president at FreedomWorks and father of two boys.This piece originally ran at RealClearPolitics.