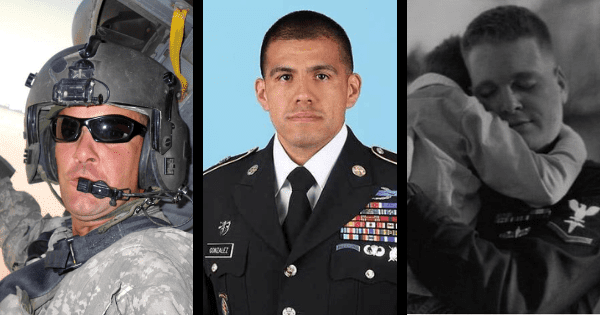 The Tunnel to Towers Foundation announced that it has paid off the mortgages on the homes of 50 fallen first responders and Gold Star families, including three families in Florida.

Gonzalez died in the line of duty on August 21, 2019, serving during Operation Freedom’s Sentinel, as a result of wounds sustained from small arms fire while engaged in combat operations in Afghanistan. During his military career, Gonzalez deployed seven times, twice as a Marine in 2003 and 2005, and as an Army infantryman in 2009. As a Green Beret, he deployed to South America in 2014 and 2018, and to Afghanistan in 2016 and 2019. Gonzalez left behind his wife, Brenda, and their two children. Tunnel to Towers has paid off the mortgage on their home located in Crestview.

Youngblood died in the line of duty on July 12, 2005, due to wounds sustained from an IED blast during a combat operation in Hit, Iraq. Youngblood served with Regimental Combat Team 2, 2nd Marine Division, 2nd Marine Expeditionary Force (Forward) when he was wounded. He left behind his wife, Laura Beth, and their two children. Tunnel to Towers also paid, in full, the mortgage on their home in Sebastian.

Galbreath died in the line of duty on August 16, 2012, in a helicopter crash in Kandahar, Afghanistan. Galbreath left behind his wife, Susan, and their two children. Tunnel to Towers paid off the mortgage of their home in Jacksonville

This announcement is the largest one-day mortgage payoff in Tunnel to Towers history and was made possible by the outpouring of support the foundation received as America observed the 20th anniversary of the September 11th attacks. All across the country, Americans showed their compassion for our nation’s heroes and support for The Tunnel to Towers Foundation through the organization’s Never Forget programs including the Never Forget Walk, Never Forget Concert, NYC 5K Run and Walk. Because of that, these 50 families will never have to make another mortgage payment again.

“This year, Americans came together to remember the incredible loss of life that occurred 20 years ago when evil struck at the heart of our great nation. The Tunnel to Towers Foundation promised to never forget what happened on that day and so many people across the country have joined us on our mission of doing good by giving back to our heroes, both living and fallen. Thanks to the generosity of this great nation, the Gonzalez family and 49 additional families will never have to worry about making another mortgage payment, and will always have a place to call home.” said Tunnel to Towers CEO and Chairman Frank Siller.

The 50 homes are in 18 different states, stretching from coast to coast and will help the families of fallen police officers, firefighters, deputies and service members of nearly every branch of military service.