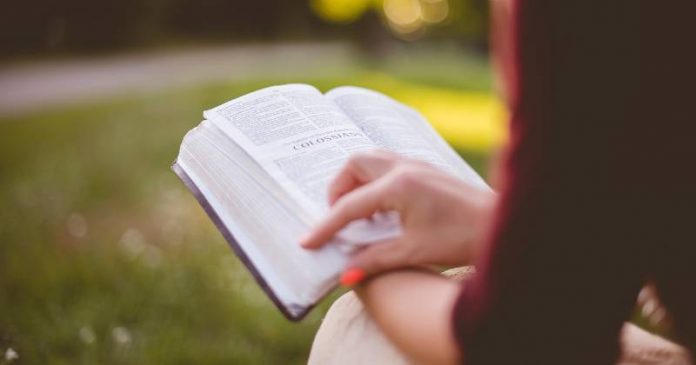 Religious liberty faces threats from opposite ends of the political spectrum. America’s founding principles and constitutional traditions supply wise answers to both.

Scorn for religion drives the threat to religious liberty from the left. The progressive threat is less openly articulated but more ensconced in elite institutions. Many on the left regard religion as an oppressive and dehumanizing superstition. Christianity, they believe, suffuses and corrupts the great literary and philosophical works of Western civilization and sustains what they regard as the West’s surpassing sins toward minorities, women, other civilizations, and the environment. The progressive disposition aspires to purge religious expression from the public sphere while using state authority, especially through public education, to emancipate individuals still under religion’s spell.

Religious enthusiasm propels the threat to religious liberty from the right. The conservative threat is primarily the work of elite right-wing intellectuals who have yet to persuade the people or the powerful. While religious liberty’s most ardent defenders in contemporary America tend to be conservatives, members of the New Right who are outraged by secularism’s inroads in America want to substantially scale back if not tear down the wall of separation between church and state. Some national conservatives rightly argue that Christianity is central to American traditions. Some common-good constitutionalists respectably regard religion as the highest good. Both leap from these reasonable stances to espousing the use of state power to promulgate religion, particularly Christianity.

The threats to religious liberty from left and right betray a common ambition – if inspired by diametrically opposed anxieties and aims – to employ government to regulate faith. Whether intended to circumscribe religion or expand its reach, however, assigning the state responsibility for overseeing the wellbeing of citizens’ souls flies in the face of the principles of individual liberty, human equality, and limited government that are inscribed in America’s founding documents and deeply rooted in the nation’s political traditions.

In “Religious Liberty and the American Founding: Natural Rights and the Original Meanings of the First Amendment Religion Clauses,” Vincent Phillip Muñoz provides a superb analysis of the natural-rights thinking that undergirded the founders’ understanding of the relation between religion and government. A professor of political science and law at the University of Notre Dame, Muñoz examines the moral premises, political ideas, and public debates that informed the Constitution’s best-known limitations on government’s power to regulate religion. His natural-rights constitutionalism yields results that at different junctures will discomfit the right and the left. But his analysis makes better sense of the Constitution’s promise of religious liberty than the major alternatives.

Natural-rights constitutionalism provides a friendly correction to the school of originalism that dominates conservative jurisprudence. Championed most prominently on the Supreme Court by Justice Antonin Scalia and in the law schools by The Federalist Society, originalism arose in the 1980s in opposition to the living constitutionalism favored by the left. Living constitutionalism empowers judges to read into the Constitution’s more general provisions contemporary public opinion about morality or supposed improvements in academic moral philosophy. From there it is a short step for judges to conflate their personal moral judgments and the supreme law of the land. In contrast, originalism constrains judges by directing them to resolve difficult questions by reference to the Constitution’s original public meaning. One could forgive a non-specialist for thinking that what the professors call originalism reflects the jurist’s distinctive role in a constitutional democracy.

Yet matters do not end there, and not only because originalist judges, being fallible human beings, may succumb to the temptation to skew the historical record to support their preconceived convictions. The original public meanings of constitutional provisions can be ambiguous. Prime examples are the first two clauses of the First Amendment: “Congress shall make no law respecting an establishment of religion, or prohibiting the free exercise thereof.” What counts as an “establishment of religion” and what defines the contours of “free exercise” are by no means self-evident. Examination of the congressional record and review of the public debates surrounding the First Amendment’s ratification, moreover, do not precisely determine the clauses’ meanings.

The problem, Muñoz suggests, is not the focus on original meaning but rather a truncated understanding of it. Moral assumptions and political principles neither expressly articulated in the Constitution nor easily gleaned from contemporary dictionaries and newspapers, he observes, formed the backdrop against which the Constitution was debated, drafted, and adopted. Those assumptions and principles – including opinions about human nature, universal rights, citizenship, and government – are part and parcel of the Constitution’s original public meaning.

Originalists may worry that so conceived their approach will fail to fulfill one of its principal aims, which is to restrain judges from substituting their moral and political theorizing for legal reasoning. When the Constitution’s meaning is unclear, originalists contend, better for courts to respect the separation of powers by deferring to the political branches.

The worry, however, springs from a misunderstanding. The problem with living constitutionalism is not that it recognizes that in hard cases judges can’t help but appeal to principles, but that it invites judges to resolve hard cases by appealing to their own moral and political principles. In contrast, natural-rights constitutionalism calls on judges to interpret the Constitution based on the principles that were the common currency of intellectual discourse in the founding era and therefore essential components of the Constitution’s original meaning. This reduces ambiguity, narrows the domain of deference, and expresses fidelity to constitutional text and design. Call Muñoz’s approach common-sense originalism.

Notwithstanding the Antifederalists’ robust opposition in the ratification debates of 1787-1788, the Constitution’s critics tended to share with its supporters, Muñoz explains, basic assumptions about religious liberty. They agreed that religious liberty is a natural and inalienable right possessed by all individuals; that it meant the freedom to believe and worship in accordance with conscience; that it entailed that no individual could be punished on account of religion or compelled to embrace religion; and that it was limited by the prohibition on interfering with other individuals’ natural rights. These agreements among the founding generation, Muñoz shows, flowed both from philosophical arguments about the irreducible freedom of the human mind and theological convictions about the duties individuals owe to God.

“Agreement on fundamentals,” Muñoz stresses, “did not yield agreement on all matters of public policy.” The more classically liberal founders, for instance, espoused strict limits on state involvement in religion while those of a civic-republican bent believed that majorities enjoyed room to promote religion through government.

Following a comprehensive examination of founding-era texts, Muñoz concludes that the plain meaning of the First Amendment religion clauses is “underdetermined.” In other words, the text alone is insufficient to resolve contemporary controversies. But constructed in accordance with natural-rights principles, Muñoz maintains, the Free Exercise Clause bars both Congress and the states from regulating – proscribing and prescribing – religious belief or exercise because of their religious character. And the Establishment Clause forbids Congress and (following incorporation by the 14th Amendment) the states from assigning government power to religious institutions or performing themselves the functions of religious institutions.

Natural-rights constitutionalism produces distinctive jurisprudential results. For example, many conservatives – including originalists who follow Stanford Law School Professor (and my Hoover colleague) Michael McConnell – argue that the Free Exercise Clause provides individuals exemptions from generally applicable laws that burden their religious belief or exercise. In contrast, Muñoz maintains that while government may provide such exemptions, the Constitution does not require them. And whereas many conservatives – pointing to history and tradition, including common practice during the founding era – favor government-appointed chaplains, Muñoz argues that the Establishment Clause forbids them. While cheering these results, progressives may be discomfited by the reasoning that justifies them, which is grounded in natural-rights constitutionalism that recognizes religious liberty as an imperative of reason and as essential to the fulfillment of duties owed to God.

More important than this or that result are the principled limitations, rooted in the nation’s founding principles and constitutional traditions, that natural-rights constitutionalism imposes on government authority over religion.

Peter Berkowitz is the Tad and Dianne Taube senior fellow at the Hoover Institution, Stanford University. From 2019 to 2021, he served as director of the Policy Planning Staff at the U.S. State Department. His writings are posted at PeterBerkowitz.com and he can be followed on Twitter @BerkowitzPeter. This article was originally published by RealClearPolitics and made available via RealClearWire.