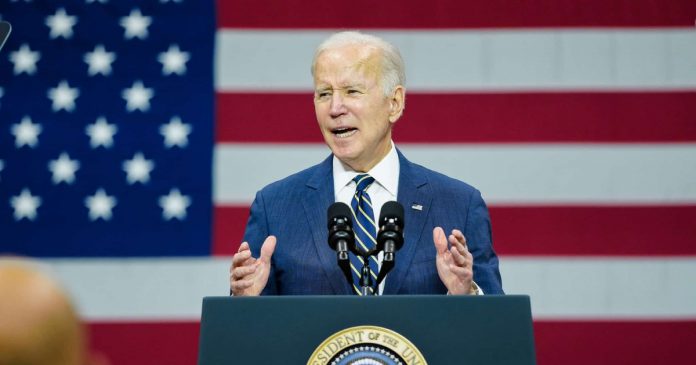 The policy he announced at the White House was “a game changer,” and in the Roosevelt Room, right before students returned to campus for the fall semester, President Biden vowed he would “never apologize for helping working Americans.”

He would mention his student loan forgiveness plan again the next day in a high school gymnasium in Rockville, Maryland – but only in passing. Ever since, Biden has remained mostly mum on the $300 billion bailout for Americans struggling to shoulder college debt.

A RealClearPolitics review of prepared remarks, from Aug. 25 until now, found that Biden referenced his debt amnesty program just three times during some two dozen speeches.

In Rockville on Aug. 25, Biden said it was “thanks to our historic deficit reduction” that the federal government could afford “to cancel $10,000 in student debt and $20,000 if you’re on a Pell Grant for tens of millions of Americans making under $125,000.”

Eleven days later, he mentioned the program briefly a second time before a cabinet meeting. Another 10 days passed without any reference of student debt relief in the president’s prepared remarks. Then on Sept. 16, at a gala hosted by the Congressional Hispanic Caucus, Biden returned to the conversation about student debt relief for a third time.

“And by the way, tens of millions of Americans are making under 125 grand, and that means almost half Latino students with federal loans will see their debt totally forgiven,” he said. “That’s a gamechanger. It gives people a chance.”

But in the stretch run of the midterm elections, the president just isn’t touting one of his most progressive accomplishments. At least not while making speeches on the road. These days, he leans on other achievements.

In a Pittsburgh union hall, Biden told steelworkers about the prescription drug benefits they could access through the Inflation Reduction Act. And he spoke at length about the roads and bridges and ports they would soon be building with money from his infrastructure bill. There was nothing on his teleprompter about college debt forgiveness for those blue-collar workers.

Some speeches don’t easily lend themselves to conversations about college debt. It might have been awkward to plug the program at the Detroit Auto Show, for instance, and downright inappropriate during his remarks at a 9/11 memorial ceremony. With the midterms around the corner, the White House eagerly emphasized abortion access and the perceived threat that GOP adherents to an “Ultra MAGA” philosophy pose to democracy.

An approach where historic student debt relief is largely absent has been working for Biden. His job approval rating, though still underwater, has ticked up as gasoline prices come down and his agenda goes into effect. Buoyed by that improvement, Democrats have closed the gap with Republicans in the generic ballot.

But Biden is verbose, even chatty. This is a president who has no problem talking in-depth about everything from geopolitics to the intricacies of the child tax credit. Guests at a DNC reception in New York on Wednesday listened as Biden moved quickly while covering a dizzying array of topics.

He discussed his first G7 Meeting and the American Rescue Plan, his infrastructure plan, the Inflation Reduction Act, the Affordable Care Act, and how gas prices are coming down. He talked about gun control legislation he signed, as well as proposals he still plans to make law. He asserted that gay marriage is in peril after the reversal of Roe, the importance of access to contraception, the number of COVID vaccinations that have been administered, and how the CHIPS and Science Act will foster a domestic semi-conductor industry. The promise of his “cancer moonshot,” was mentioned, along with his fights with the pharmaceutical industry. He spoke of deficit reduction, Medicare, Medicaid, Social Security, and K-12 schooling.

Biden talked about all of that and more in 21 minutes. Student debt relief didn’t come up. Not even once at a friendly reception hosted by the Democratic National Committee.

Even before they announced the plan, White House aides knew it would be controversial. Progressives had been pushing the White House for months to do more than keep deferring student loan payments as they had during the pandemic. Behind closed doors, the White House was reportedly apprehensive, not just about fears that forgiving a portion of student debt would aggravate already high inflation, but that it would be seen as unfair to those who had already paid off their loans.

According to polling, the public is split on the question.

“The impact on inflation in the near term is likely to be quite small,” Brian Deese, one of Biden’s top economic advisors, told RCP. Another top economic advisor, Jared Bernstein, echoed that sentiment, arguing that in addition to forgiveness, student debt payments will resume in January after having been paused throughout the pandemic thus tamping down any new inflationary pressure.

Some other liberal economists aren’t convinced. Jason Furman, a former Obama administration economist and frequent Biden administration critic, countered that “pouring roughly half trillion dollars of gasoline on the inflationary fire that is already burning is reckless.”

The fairness question also lingers. According to a Morning Consult/Politico survey released after the plan was announced, the public is split. About half, 48 percent, said the plan to forgive a portion of student debt was “fair.” The other half, 44 percent, believe it was “unfair.” The main gripe, the ones Republicans are already amplifying, is the question about those who already met their obligations.

“Yes, those who have paid their loans back deserve to be credited. That’s fantastic. That’s to their credit,” Susan Rice, Biden’s domestic policy advisor, told reporters, but “that doesn’t mean that because some were able to do so, nobody should help those who weren’t. By that logic, we wouldn’t help anybody in this country.”

And yet the White House hasn’t taken that message on the road. Shortly after the policy was announced, Biden supporters started encouraging the president to cold call borrowers and surprise them with the good news that they’d had a portion of their debt forgiven. That grass roots campaign eventually came to the attention of Ron Klain, White House chief of staff. In addition to the dozens of tweets sent through Biden’s personal and official Twitter account plugging the program, the White House posted a video of exactly that.

“Well look, it’s a pleasure to speak to you,” Biden told two Pell Grant recipients who are now eligible to have their student loans forgiven, “I hope you’re able to follow your dreams.” They replied, “Thank you, President Biden! Thank you!”

That video was published three weeks ago on Sept. 1. The White House hasn’t reprised that strategy – and did not return RCP’s request for comment when asked why Biden wasn’t taking more credit for student debt relief while he travels around the country, or if he has plans to do so in the future. 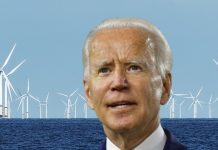