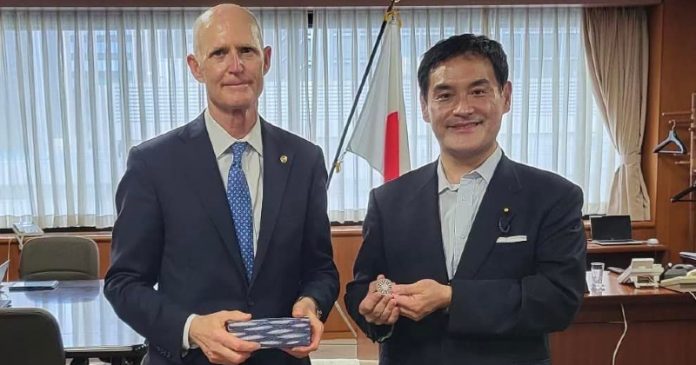 Scott met with American troops when he toured U.S. Army Garrison Humphreys in South Korea on Monday, meeting with the troops on Independence Day.

“I was proud to visit U.S. Army Garrison Humphreys in South Korea to celebrate Independence Day with service members & their families stationed abroad. I’ll always support our brave men and women in uniform for their service & sacrifice to our great nation,” Scott noted.

Scott was in Taiwan on Thursday where he met with leaders from the Ministry of Foreign Affairs. The ministry stressed it was looking forward to a “highly productive three-day visit aimed at getting up to speed on key bilateral security, economic and trade developments” with Scott.