This week, U.S. Sen. Rick Scott, R-Fla., and U.S. Sen. Tammy Baldwin, D-Wis., teamed up on a resolution “calling on Americans to buy products made in the U.S. whenever possible in order to support American jobs and manufacturing, and help build up the U.S. supply chain.”

The two senators also paired up on the “Country of Origin Labeling (COOL) Online Act” which will make online goods list their country of origin.

“Buying American products is the number one thing we can do to support American jobs and stand up to our foreign adversaries. We can no longer rely on countries like Communist China, who lied about the coronavirus and refuses to be a trustworthy partner, for our critical supply chain. Buying American is not partisan, and I’m glad my colleagues from both sides of the aisle are coming together to encourage all Americans to take a stand against Communist China and buy products made in the U.S.,” Scott said on Tuesday.

“I strongly believe that when we’re using U.S. taxpayer dollars, we should be supporting American workers and American-made products. As our nation addresses supply chain shortages and works to keep our economy moving forward during this pandemic, we must boost our Made in America economy by prioritizing American manufacturers, workers and products over foreign workers and foreign-made goods,” Baldwin said.

A dozen senators, the Coalition for a Prosperous America and the Alliance for American Manufacturing are all behind the resolution.

Dan DiMicco, the board chairman of the Coalition for a Prosperous America, weighed in on the resolution.

“The Coalition for a Prosperous America supports Buy American and is pleased to see the Senate introduce a resolution calling on Americans to buy products Made in the USA. This is a good first step and I look forward to the Senate working on bipartisan legislation to codify these sentiments. Buy American is critical to rebuilding the economy,” DiMicco said.

Scott Paul, the president of the Alliance for American Manufacturing, is also backing the resolution.

“Times are tough right now for many Americans. Tens of millions are out of work and countless businesses have closed for good. But buying American-made products is one way all of us can help get things back on track. When you buy something that is Made in America, you support good-paying jobs, local businesses, and frankly, some amazing products. The government also has a role to play by applying Buy America to things like infrastructure spending, which ensures taxpayer dollars are reinvested into our communities instead of being sent overseas,” Paul said. 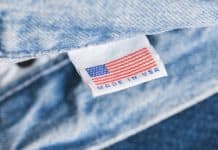 Rick Scott Wants Apps to Reveal Their Country of Origin