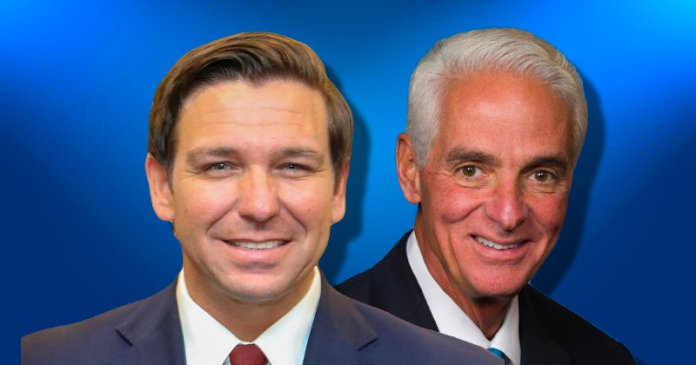 A new poll from Institute of Politics (IOP) at Florida State University (FSU) and conducted by YouGov shows Gov. Ron DeSantis ahead of former Gov. Charlie Crist in the Florida gubernatorial election.

The poll shows DeSantis with 53 percent and Crist trailing at 43 percent.

DeSantis leads among white voters, taking 59 percent of them, while getting 19 percent of African American voters. The two candidates run closely among Hispanics with DeSantis with a slight edge with 48 percent of them backing the governor while 46 percent support Crist.

Both candidates have nailed down their party bases with less than 5 percent of both Republicans and Democrats willing to cross party lines. But independents break DeSantis’ way as the governor takes 54 percent of them and Crist pulls only 39 percent of them.

“Gov. DeSantis’s job approval rating is a robust 55 percent, even though almost half of Florida voters say that the state’s economy has “gotten worse” over the past year. Indeed, among those voters saying the Florida economy has gotten worse, 50 percent say they approve of the job DeSantis is doing as governor. DeSantis’s numbers may be buttressed by a perceived strong government response to Hurricane Ian. The majority – 81 percent – of Florida voters say they approve of the government’s response to Hurricane Ian thus far,” noted IOP.

Dr. Hans Hassel, the director of the IOP and a political science professor at FSU, weighed in on the poll on Friday.

“The IOP poll shows that voters consistently view Republican Gov. Ron DeSantis in a positive light and appear poised to re-elect him to another term in office,” said Hassel.