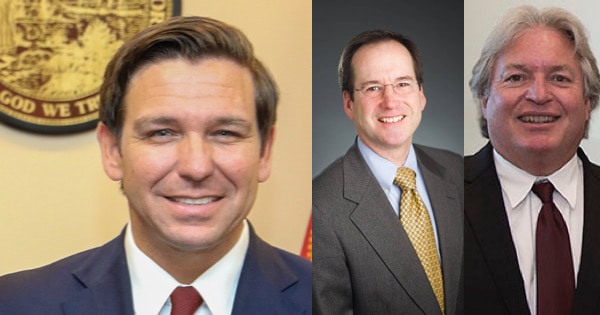 At the end of last week, Gov. Ron DeSantis announced the reappointment of Ronald Howse and Russell “Rusty” Roberts to the Florida Transportation Commission.

Howse, of Cocoa, is the President of Real Deal Development Group and the current Chairman of the Florida Transportation Commission. He has served on the Eastern Florida State College District Board of Trustees since 2015.

Howse is a former board member of the East Central Florida Regional Planning Council, Osceola County Chamber of Commerce and the former Assistant Director of Public Works for the City of Altamonte Springs. He earned his bachelor’s degree in engineering from the University of Central Florida.

Roberts, of Longwood, is a transportation consultant. He has served as Vice President of Government Affairs for Brightline Trains and as Chief of Staff to longtime U.S. Reps. John Mica, R-Fla., and Ileana Ros-Lehtinen, R-Fla.

Roberts is a member of Floridians for Better Transportation, the Orlando Economic Partnership and the American Public Transportation Association.