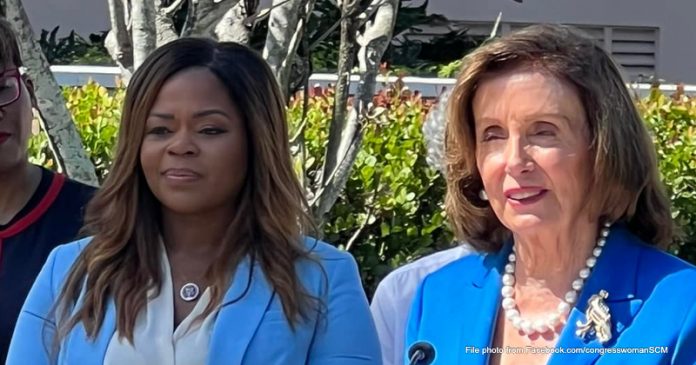 At the end of last week, Florida’s newest congresswoman introduced the “People’s Prosperity Plan” which would send $1,000 monthly payments to Americans earning less than $75,000 a year.

U.S. Rep. Sheila Cherfilus-McCormick, D-Fla., explained the reasons behind her proposal when she unveiled it on Friday.

“While in Congress, I have worked closely with the Biden administration to stimulate the economy of Florida and the 20th Congressional District. Today we found out that the U.S added 390,000 jobs, and the unemployment rate held even at 3.6 percent in May. So, as you can see, economic conditions have steadily improved from a year ago. We now have a record number of people who have started their own businesses, and the state of Florida, cities, and municipalities have received billions of dollars. To continue with this progress in our economy, I have implemented comprehensive reform and introduced H.R. 7929, The People’s Prosperity Plan in Congress, and a gas prices relief act to provide extra economic recovery to Florida’s 20th Congressional District,” Cherfilus-McCormick said.

“The People’s Prosperity Plan is legislation that proposes that our government continue delivering economic relief, which would allow everyone over 18 who makes less than $75,000 to continue to receive stipends of $1000 a month. We must remember that these economic recovery stipends will help those who need the help the most and will benefit our middle class,” she added.

The bill was sent to the U.S. House Ways and Means Committee. So far, Cherfilus-McCormick has not reeled in any cosponsors and there is no companion measure over in the U.S. Senate.