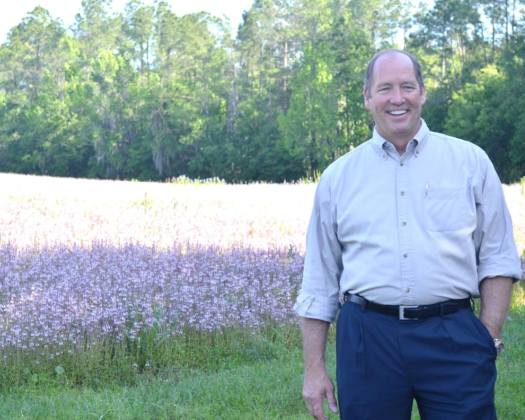 U.S. Rep. Ted Yoho, R-Fla., is weighing running for a fifth term in 2020–and a poll shows he will have very strong support from North Florida Republicans if he decides to run again.

When he challenged longtime U.S. Rep. Cliff Stearns, R-Fla., in the Republican primary back in 2012, Yoho said he would serve only four terms in Congress. But Yoho has been weighing running for a fifth term and a new poll shows him in excellent shape if he decides to run again.

Meer Research and Vox Populi Communications released a poll of Republicans in Yoho’s district on Monday and the congressman continues to have the support of GOP primary voters. Asked about Yoho potentially going on his promise to serve eight years, 29 percent of Republican primary voters say they are more likely to vote for him because of it while 22 percent say they will be less likely to vote for him if he ignores his pledge and 39 percent insist it won’t make any difference one way or the other.

When matched against all three Republican primary candidates, Yoho takes 71 percent with Rollins in distant second at 8 percent, the other two candidates in low single digits and 16 percent saying they are unsure.

When Yoho is taken out of the mix, 74 percent of Republicans in the district are unsure on who they want to replace him while 11 percent back Sapp, 10 percent back Rollins and 6 percent back Wells.

The poll of 533 Republicans in Florida’s Third Congressional District was taken on Nov. 20 and had a margin of error of +/- 4.24 percent.

The district is solidly Republican.

Florida’s Senators Resume the Push to Let Canadians Stay Longer in the U.S.