U.S. Term Limits, which is based out of the Sunshine State, honored 25 members of the Florida Legislature as “Champions of Term Limits” this week.

The award is given to officials who show “a steadfast commitment to restore citizen government through term limits.”

Nick Tomboulides, the executive director of U.S. Term Limits, stressed the important role Florida has played in the fight for term limits.

“Florida is without question the term limits state,” said Tomboulides on Monday.  “Our rejection of career politicians – and commitment to eight-year limits on so many offices – has helped establish our state as an economic powerhouse. Term limits have produced leaders who are more diverse, more fiscally responsible and more accountable to the people.”

“All the honorees have signed pledges vowing to protect eight-year term limits in Florida from lobbyist-led efforts to lengthen or repeal them,” U.S. Term Limits noted. “Some, like Senator Aaron Bean and Representative Geraldine Thompson, previously played key roles in helping Florida become the first state in the nation to call for congressional term limits in 2015.”

“It takes guts to stand up to the special interests who would all prefer Florida had no term limits. We applaud these members for listening to the people,” Tomboulides said. 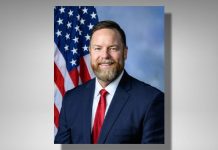 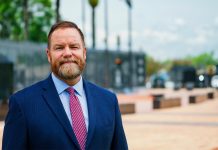 Taking a Seat in Congress, Aaron Bean Promises to Look Out for Taxpayers 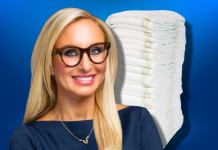