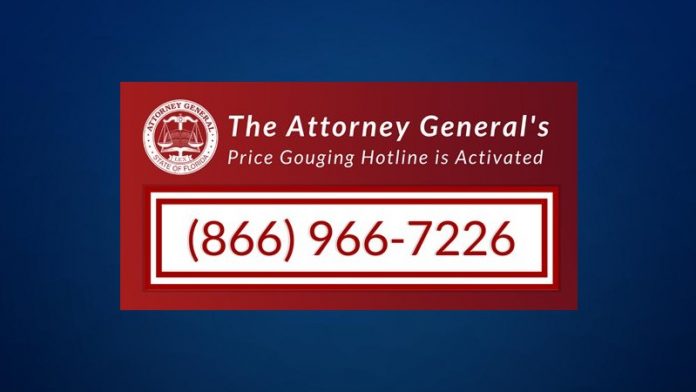 At the end of last week, state Attorney General Ashley Moody sent a memo to state attorneys in all 20 judicial circuits in Florida, outlining state law requiring that no defendant charged with a theft crime committed in an area under a declared state of emergency may be released prior to a first appearance hearing.

Additionally, Moody requested that state attorneys seek pretrial detention to the fullest extent possible for defendants who commit crimes during the current state of emergency. Florida Statute §907.041(4)(b) directs that no non-monetary releases shall be granted for dangerous crimes at the first appearance hearing under certain circumstances.

“Floridians displaced by Hurricane Ian have enough to worry about without having to fear theft or burglary at the hands of offenders previously arrested for crimes during the state of emergency. These unscrupulous offenders must remain locked up where they can no longer prey on vulnerable Floridians. I strongly urge state attorneys to seek pretrial detention to the fullest extent possible for any criminal heartless enough to victimize Floridians during this extremely challenging time,” Moody said.

The memo suggested state attorneys consider discussing augmenting the circuit bond schedules during this state of emergency with the chief judge in their circuits. This action would enhance, increase and/or eliminate the standard bonds for theft, burglary and other crimes related to the circumstances created by the exigency that is the basis of the declared state of emergency.