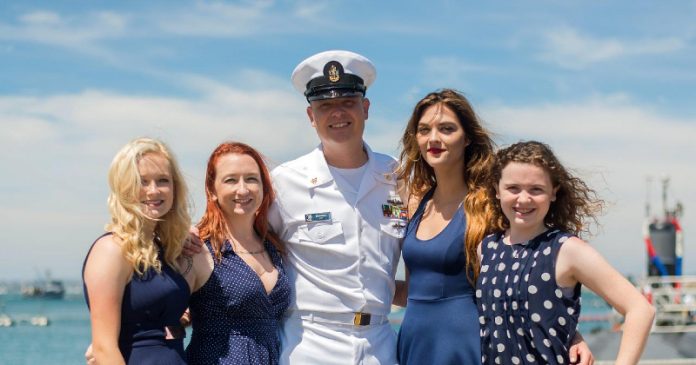 Florida Attorney General Ashley Moody, working with a multistate coalition of state attorneys general and the Federal Trade Commission (FTC), is taking action against a jewelry company that targeted military members and families with deceptive and unfair practices.

The joint action was filed this week against Harris Originals of New York, aka Harris Jewelry, to secure more than $34 million in total relief—including up to $13.6 million in restitution and refunds to consumers, with approximately $1.7 million in relief to Florida consumers.

“Exploiting and targeting military service members, especially by preying on young recruits, to sell jewelry with highly unfavorable payment terms is unconscionable. Fortunately, as a result of this joint effort, Harris Jewelry will not be able to prey on our courageous service members or their families anymore. There is no better time than now, during Military Consumer Protection Month, to remind our brave patriots to be on guard against schemes and deceptive practices that target service members, and to report scams to our office,” Moody said.

According to a joint multistate and FTC investigation, Harris Jewelry—using the slogan “Serving those who serve”—targeted military service members and families with deceptive and unfair practices. Harris Jewelry and its corporate affiliates allegedly sold jewelry, watches and military-themed gifts from its stores strategically located on or near military bases and tailored sales pitches to young recruits at the lowest pay grades, including those still in basic training. Even before discussing merchandise a customer might be interested in buying, Harris Jewelry allegedly trained employees to incorrectly tell service members that buying on credit from the company would improve credit scores regardless of credit history or later payment record. The company also allegedly failed to comply with consumer financing laws and added unauthorized charges to the amount financed.

According to the action, if potential customers expressed reluctance about buying on credit, the defendants trained sales staff to dispel those concerns by telling consumers that they “can’t afford not to do it.” The investigation further revealed that Harris Jewelry trained salespeople to add a “Protection Plan” to retail installment contracts, ranging in cost from $39.99 to $349.99, without customers’ expressed informed consent. Consumers frequently paid the additional cost because of the impression that it was required, or because the defendants hid the additional purchase from consumers.

Subject to the court’s approval, the terms of the proposed consent judgment require that the defendants shut down operations upon meeting certain requirements, including relief to consumers. In addition to injunctive relief, the defendants must comply with monetary terms, including:

• Making payments of more than $2.7 million in consumer restitution;

• Paying $1 million to the state attorneys general to be used for consumer protection enforcement and education, or any other public purpose;

• Stopping the selling or assigning of retail installment contracts or other consumer debt; and

• Posting a notice on its website about how customers can get refunds.