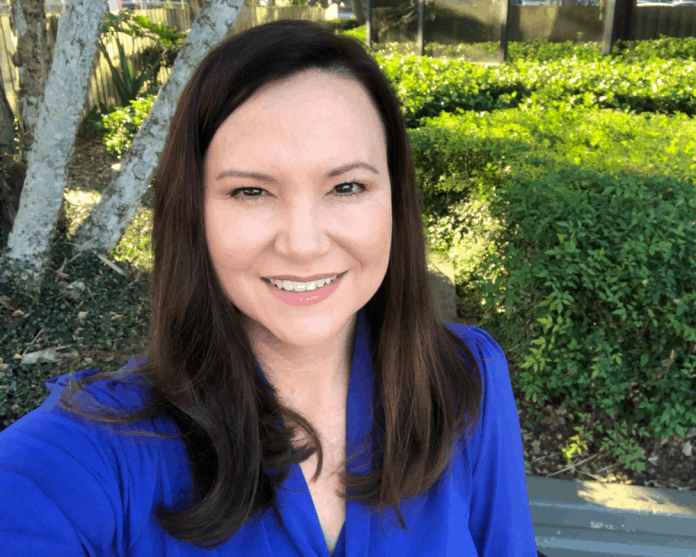 On Monday, Florida Attorney General Ashley Moody called on Congress to pass the “EAGLES Act” to reauthorize the Secret Service’s National Threat Assessment Center (NTAC) and have it do more with school safety.

The proposal has strong support from the Florida delegation on Capitol Hill with the state’s two U.S. senators–Republicans Marco Rubio and Rick Scott–and two congressmen from the Sunshine State among its chief backers.

The EAGLES Act was named after the mascot of Marjory Stoneman Douglas High School in Parkland where a school shooting took place in 2018 leaving 17 people dead.

“The U.S. Secret Service’s National Threat Assessment Center (NTAC) was created in 1998 to develop evidence-based indicators for various types of targeted violence, including school violence. NTAC’s findings can then be used to develop best practices and training to prevent future acts of violence. Since 2002, Secret Service has conducted hundreds of training operations to more than 198,000 school administrators, teachers, counselors, mental health professionals, school resource officers and other public safety partners. The EAGLES Act reauthorizes and expands NTAC, allowing it to scale its threat assessment operations, with a particular focus on school safety,” Deutch’s office noted when he introduced the bill in February.

“The bill establishes a national program on targeted school violence prevention and provides additional resources to expand research and training on a national scale. Through the bill’s school safety initiative, the NTAC will coordinate trainings and plans with the Department of Justice and Department of Education. The bill also requires Secret Service to provide periodic progress reports to Congress,” the congressman’s office added.

“The federal government has a role to play in school safety, and we should be leveraging our best resources to keeping our kids safe,” said Deutch when he introduced the proposal. “By building on the Secret Service’s National Threat Assessment Center model, schools and community leaders can receive trainings on how to prevent and respond to school violence. This plan is called the EAGLES Act that we are always reminded of the 17 lives lost at Marjory Stoneman Douglas High School and of the importance of preventing any more tragedies like it in the future.”

“As I have continuously stated, school safety is a top priority of mine, and I will not cease in my efforts to make our schools a safer place,” said Diaz-Balart. “The EAGLES Act is an essential step toward better protecting our communities, our schools, and our children from potential acts of targeted violence. By expanding the National Threat Assessment Center and creating a program on targeted school violence prevention, we can provide critical information to our communities on how to identify and respond to individuals who may pose a threat to our safety. I am honored to join my good friend and colleague, Rep. Ted Deutch, to reintroduce this critical piece of legislation.”

“I’m pleased to again join my colleagues in reintroducing the EAGLES Act,” Rubio said. “The EAGLES Act leverages the National Threat Assessment Center to provide a proactive and multi-pronged approach to identify and stop threats of school violence. I thank Senator Grassley for his continued leadership on this legislation, and the Senate should quickly pass this bill.”

“This month, we marked the three-year anniversary of the tragic shooting at Marjory Stoneman Douglas High School and honored the 17 innocent lives lost that day. We will never forget them and I am committed to working every day to make our schools and communities safer so this never happens again. The EAGLES Act will help improve safety on school campuses, and I am proud to join my colleagues in this important work,” Scott said.

On Monday, Moody teamed up with 40 other state attorney general to back the proposal.

“This congressional legislation, named in honor of the victims of the Marjory Stoneman Douglas High School attack, will help strengthen our schools through coordinated federal, state and local resources. I am proud to join my fellow attorneys general in support of this important legislation to increase security and help prevent acts of violence at schools in Florida and across our nation,” Moody said.

Moody and the other attorneys general wrote the leaders of the U.S. House and Senate Judiciary Committees.

“Preventing targeted violence demands a multi-faceted approach toward a solution and calls for coordination among law enforcement officials, lawmakers, educators, parents and students, and community members. Moreover, reducing targeted violence in our schools requires partnership between state and federal agencies – precisely the type of collaboration contemplated by the EAGLES Act,” they wrote.