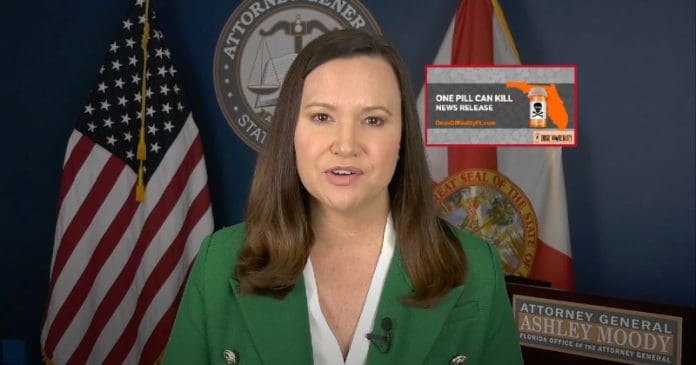 Fentanyl is now the number one killer of adults between the ages of 18 and 45. While this synthetic opioid is often covertly mixed with other substances, it is now being discovered in bright, rainbow colors—raising concerns that it may become more enticing to younger users.

Eutylone, a lesser-known drug defined as a psychoactive bath salt, is also claiming an alarming number of lives in Florida. The National Institute of Justice reports that Florida accounts for more than 60 percent of the positive cases of eutylone in the United States. Eutylone is cheap to produce and mimics the effects of cocaine, methamphetamine and ecstasy. Like fentanyl, it is often being mixed with other illicit drugs and sold to unsuspecting users with deadly consequences.

“As millions of teens and young adults begin another academic year, I want to make sure these students understand the dangers of using illicit drugs. More common drugs like cocaine, meth and ecstasy are being mixed with other dangerous substances and sold to unsuspecting users. So never take an illicit substance and remember that just one pill can kill,” Moody said.

Eutylone can be found in powder, capsule or tablet form. It may be ingested, smoked, snorted or injected. The Drug Enforcement Administration classifies eutylone as a Schedule 1 substance and deems it unacceptable for medical use in the U.S. since there is a high potential for abuse. According to the Department of Justice, eutylone is known to be sold under the codenames Red Bull and Blue Playboy, but seems to be deceptively sold as MDMA. Although eutylone looks identical to other common drugs, the effects are weaker, therefore drug users increase dosage amounts to experience the expected high, leading to illness or death.

Additionally, U.S. Customs and Border Protection agents are finding new colored fentanyl pills with a candy-like appearance that smugglers are attempting to bring across the border. Just between Aug. 16 and 17, CBP officers at the Port of Nogales seized more than 265,000 colored fentanyl pills.