Back in January, Deutch brought out the “Preventing Animal Cruelty and Torture (PACT) Act” with Buchanan as the main cosponsor. Buchanan’s office offered some of the reasons why they had introduced it.

“Disturbingly, in so-called ‘animal crush videos,’ individuals brutally kill, mutilate and torture small and defenseless animals as a perverse form of entertainment to be shared over the internet. And while Congress passed legislation in 2010 to prohibit the creation and distribution of these horrific videos, the underlying acts themselves are still legal under federal law,” Buchanan’s office noted. “Buchanan’s legislation will close those loopholes by prohibiting the underlying acts of torture themselves, regardless of whether or not a video is created. Specifically, the PACT Act will amend the federal criminal code to prohibit the intentional acts of crushing, burning, drowning, suffocating, impaling or otherwise subjecting animals to serious bodily harm. Those convicted would face federal felony charges, fines and up to seven years in prison.”

While a federal law was established in 2010 making the creation, sale and distribution of animal crushing videos illegal, the actual acts of crushing them remain legal.

“The PACT Act builds on the 2010 law by closing this loophole and prohibiting certain cases of animal abuse,” Buchanan’s office noted. “The bill contains exceptions for normal veterinary care, hunting and conduct necessary to protect life or property from a serious threat caused by an animal.”

With more than 300 cosponsors, the bill cleared the House on a voice vote at the end of last month. Earlier this month, the U.S. Senate passed its version, which was introduced by U.S. Sen. Pat Toomey, R-Penn., without opposition.

Trump signed the bill into law on Monday and the congressmen weighed in after their proposal became law.

“With President Trump signing the PACT Act, animal cruelty is no longer just unacceptable, it is now illegal. We can now finally say that animal abuse is a federal crime in the United States. Americans have long stood in support of animal welfare protections, and now our national laws reflect these values. This bipartisan achievement has been years in the making, and I am proud to have been a part of this great effort alongside Congressman Buchanan and so many advocates and passionate citizens who made this possible,” Deutch said on Monday night.

“For many Americans, their pets are a part of their family,” Buchanan said on Tuesday morning. “That’s been true in my home and that’s why the signing of this bill today is such an important milestone.”

The Humane Society Legislative Fund lined up behind the bill as did the National Sheriffs Association, the Fraternal Order of Police, the Humane Society of the United States and other groups.

Sara Amundson, the president of the Humane Society Legislative Fund, weighed in on the bill this week.

“This is a day to celebrate,” Amundson said. “After decades of work to protect animals and bearing witness to some of the worst cruelty, it’s so gratifying the Congress and president unanimously agreed that it was time to close the gap in the law and make malicious animal cruelty within federal jurisdiction a felony. We cannot change the horrors of what animals have endured in the past, but we can crack down on these crimes moving forward.”

“The passage of the PACT Act and this signing ceremony in the Oval Office today, would not have been possible without Rep. Buchanan’s tireless work. We’re thrilled to see the first anti-cruelty statute in American history signed into law and applaud President Trump and the Congress for providing the voiceless with a level of protection never seen before,” Irby said.

Buchanan, who chairs the Animal Protection Caucus, has garnered national attention for his work on animal issues. The Humane Society of the United States named Buchanan as its legislator of the year in 2016, the first time a member of the Florida delegation has received the honor. Buchanan received a 100 score from the Humane Society and fought for some of the group’s top priorities. In 2016, Buchanan brought out the Safeguard American Food Exports (SAFE) Act which bans exporting horses to Mexican slaughterhouses. Buchanan has also led the charge on Capitol Hill to stop domestic slaughterhouses from creating horse meat for human consumption. Back in December, signed a proposal from Buchanan and U.S. Rep. Alcee Hastings, D-Fla., banning the slaughter of cats and dogs for human consumption as part of the Farm Bill. 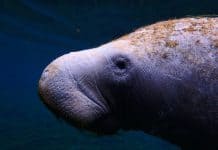 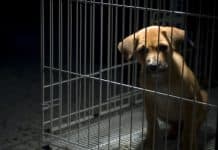