On Monday, the Florida Justice Reform Institute (FJRI) released “Economic Benefits of Tort Reform” which maintains that “excessive litigation is costing Florida’s economy over $11.8 billion in lost productivity and over 126,000 fewer jobs.”

The Perryman Group, an economic forecasting firm, produced the study for Citizens Against Lawsuit Abuse “by using a variety of data from surveys, industry information, and other source material” and using “Florida’s excess litigation costs using Ohio as a benchmark, since Ohio ranked near the middle in a recent 50-state lawsuit climate survey, while Florida ranked 46th.”

“The report noted that a judicial system that results in ‘exorbitant levels of damages or numbers of awards and which is unpredictable in its outcomes may result in negative impacts through the misallocation of society’s scarce economic and human resources.’ According to the report, Florida’s excessive litigation environment harmed the retail trade sector the most, with an estimated 39,413 lost jobs. Other leading business sectors impacted were business services with 20,237 lost jobs and health services with 17,452 lost jobs,” noted FJRI. “Excessive litigation also took money directly out of the hands of the people of Florida. Lost personal income, comprised mainly of wages but also including payments such as interest and rents, totaled over $7.5 billion. That’s more than $357 for every person in Florida, using the most recent census data.”

William Large, the president of FJRI and one of the leading advocates of tort reform in the Sunshine State, offered his take on the report on Monday morning.

“These findings detail how Florida’s lawsuit abuse climate is holding back our economy and costing every person real money,” said Large. “The Florida Justice Reform Institute’s entire mission is focused on fighting wasteful civil litigation. Now, this landmark report reveals just how much work we have to do in Florida.” 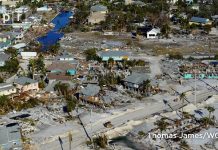 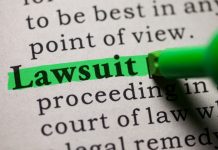