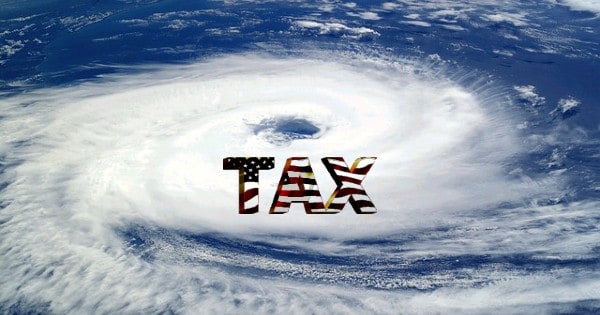 A recent report is warning consumers about a costly provision in President Joe Biden‘s Made in America Tax Plan, which is currently being debated in Congress. R-Street Institute, a nonpartisan public policy research organization, predicts that a provision in Biden’s tax proposal will raise insurance costs for all U.S. consumers, ranging from insurers and businesses to homeowners and renters.

The tax provision, which critics are branding a Hurricane Tax, would set a higher corporate tax rate for insurers and reinsurers, inevitably resulting in increased costs for consumers. R-Street Institute said the label Hurricane Tax is deserved because the provision will likely lead to significant property tax increases for disaster-prone states like Florida and Texas, as well as places like New York and California.

The report’s author is Dr. Lars Powell, a senior fellow at R-Street Institute and director of the Alabama Center for Insurance Information and Research at the University of Alabama. He projected the severe impact the tax provision will have on Florida’s families and small businesses, and it doesn’t paint a pretty picture for the Sunshine State.

Powell estimated the state’s annual insurance premiums could increase up to $1.62 billion, depending on the actual tax rates set by Congress. This tax hike could cause Florida families to pay an extra $300 each year for property insurance premiums.

“This is what I call an unforced error,” said Powell. “It is the byproduct of a silly tax that doesn’t raise revenue for the U.S. Treasury but has to increase the cost of your insurance instead.”

He also warned about the impact of the Hurricane Tax on Florida’s insurer of last resort, Citizens Property Insurance, which is dependent on the private market for stability. Powell argued that if the private market doesn’t have a robust global reinsurance market to depend on – including those in Bermuda, a world capital for reinsurance – in order to diversify and manage its risks, Citizens will be overloaded and all costs related to disaster assistance will increase.

“It’s not just homeowner’s premiums. It’s anyone that buys insurance, or buys something from someone who buys insurance,” said Powell. “This will force Bermuda and other countries with big offshore insurance markets to charge companies a Bermudian corporate income tax that does nothing for the U.S. Treasury. This doesn’t pay for anything and is just feeding someone’s idea of fairness.”

While the tax plan is still in its early stages of debate in Congress, Powell said he believes there is still time for policymakers to carve out the provision and prioritize the insurance needs of Floridians, who already pay among the highest property insurance rates in the nation.