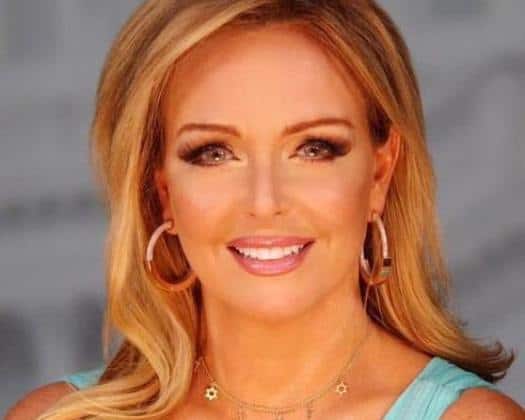 In November, I wrote about how happy my husband and I are now that we, like President Trump, have decided to make Florida our home. Just like President Trump had finally had enough of Democrat rule in New York, we had reached the end of our rope with Gavin Newsom’s California. The longer we stay in the Sunshine State, the happier we are with our decision.

If the outrageous tax bills, repressive mandates, and rampant homelessness plaguing those states weren’t reason enough to leave, the liberal coasts have given us another reason to be happy to live under effective Republican leaders, both in the White House and the governor’s mansion in Tallahassee — public safety.

The FBI’s preliminary crime statistics for the first half of 2019 show just how much of a difference effective leadership can make when it comes to law and order. After dramatically spiking during the last two years of the Obama administration, the nation’s crime rate has now declined for the third year in a row.

That success is a product of President Trump’s comprehensive approach to criminal justice, which combines strong support for law enforcement with compassion for prisoners who genuinely desire to reform their lives. While his administration has dramatically increased the resources it provides to local police departments, for instance, the president also signed historic sentencing reform with the FIRST STEP Act, introducing a new element of humanity to federal sentencing guidelines and offering thousands of non-violent, disproportionately black and Hispanic offenders a second chance to become contributing members of society.

Unlike in the one-party states of New York and California, the president has allies here in Florida who share his vision: enforce the law, but show mercy when you can.

Governor Ron DeSantis recently signed a bill requiring complete cooperation with federal law enforcement to make sure that those who break the law while residing illegally in our state are deported, as the law demands. This will enable Florida to get dangerous criminals and transnational gang members off our streets for good, and its ban on “sanctuary” policies ensures that Florida is eligible to receive the maximum amount of federal Department of Justice grants each year.

At the same time, however, Florida is pursuing — on a bipartisan basis — a state law similar to President Trump’s FIRST STEP Act. These proven principles should allow our state to keep crime on the decline while eliminating the worst inequities of our criminal justice system.

New York and California, meanwhile, are showing us what criminal justice reform looks like when only Democrats are in charge. In the Empire State, even Governor Andrew Cuomo is having second thoughts about the “bail reform” he signed into law. The new rules remove the discretion of judges to keep arrestees behind bars or even impose cash bail for about 90 percent of defendants.

The reform is only supposed to apply to those charged with non-violent crimes, but the evidence shows that the reality has been very different. The policy turned into a nightmare almost immediately.

On the very first day of the new system, an alleged drunk driver with three prior DWIs, six felonies, six misdemeanors, and five failures to appear was released from jail, no questions asked. He later allegedly killed a Long Island college student while driving drunk.

Another released defendant, charged with holding up a bank after being let go, reportedly exclaimed, “I can’t believe they let me out. What were they thinking?”

Instead of effective criminal justice reform, New York Democrats decided to put the comfort of criminals over the safety of their communities. Unfortunately, they have kindred spirits in California.

San Francisco’s new district attorney won his office by promising to stop prosecuting “quality of life” crimes such as prostitution and public urination. This misguided approach builds on California’s legacy as the original “sanctuary state” — a place where authorities will actually penalize you if you help ICE prosecute businesses that hire illegal alien workers.

These measures are not compassion. They aren’t real reform, either. They’re an abandonment of the rule of law and an abdication of duty by our elected officials. And they’re one more reason I’m glad I don’t live in California anymore. I’m sure President Trump feels the same way about New York.

Dr. Gina Loudon, Ph.D. (@RealDrGina) is a bestselling author, columnist, and frequent news commentator. She is the National Co-Chairwoman of Women for Trump and is on the Donald J. Trump for President Media Advisory Board.

Leaders Across the Nation Need to Reject California’s Energy, Water and Environmental Policies