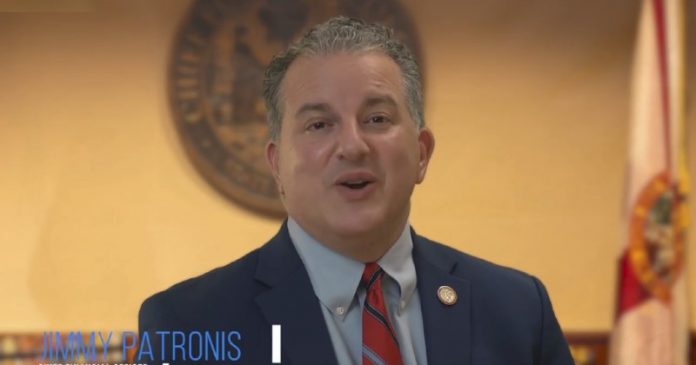 “This year brought unique challenges to our state that we had never seen before: devastating storm surge and flooding in Southwest Florida from Hurricane Ian, the economic impacts of historic inflation on families and businesses, and extensive supply chain issues and exorbitant fuel costs impacting every facet of our lives. Through it all, I’m proud of my staff at the Department of Financial Services for all they’ve accomplished on behalf of the citizens of the state of Florida. This year, we worked to help storm victims get back on their feet, supported Florida firefighters and first responders, strived every day to keep our state economy flourishing, and clamped down on fraud and bad actors driving up insurance rates for every one of us. When citizens of this state needed us, our team was there. It took a lot of hard work from a lot of dedicated people who love this state, and at the end of the day, it made me proud to call myself a Floridian,” Patronis said.

“In 2023, I will continue working to serve Floridians alongside Governor Ron DeSantis, a new Florida Cabinet, and a new class of legislative leadership that is ready to ensure Florida’s families and businesses have the resources they need to succeed. Good leadership takes a special kind of selflessness and I look forward to working together with all of Florida’s fantastic first responders, elected officials, and public servants in the new year to further support Floridians,” he added.

The CFO’s office offered the following “Key Accomplishments” from the past year:

CFO Patronis also worked to protect firefighters and electric vehicle (EVs) owners from fire hazards following the impacts of historic storm surge and flooding associated with Hurricane Ian. Following the storm, the CFO saw first-hand the fire risks associated with EVs and dangers they presented to first responders. The CFO worked with state, local, and federal agencies and EV manufactures worldwide to highlight this “ticking time bomb” and ask for immediate guidance on how to protect firefighters and fight these dangerous new battery related fire hazards.

This year, the CFO and State Fire Marshal’s Office also assisted in coordinating response efforts to combat the historic Chipola Complex Wildfires in the Florida panhandle. In 2018, Hurricane Michael left a trail of destruction behind leading to massive wildfires that destroyed more than 33,000 acres, devastated two homes, and damaged 12 others, forcing the evacuation of more than 1,000 residential homes, including a 120-bed veterans nursing home. Fire teams from across the state immediately answered the call to protect those in harm’s way.

CFO Patronis made it a top priority to combat Environmental, Social, and Governance (ESG) standards when investing taxpayer dollars. For years now, ESG economic activists have worked to infuse unwanted, woke ideology into the American economic system because they know their social policies wouldn’t pass voters. It’s anti-American, anti-freedom, a deliberate attempt to subvert democracy, and not in the best interest of Florida businesses, retirees, or investors. In December, CFO Patronis announced that the Florida Treasury will begin divesting $2 billion worth of assets currently under management by BlackRock, a leading ESG investment firm. The CFO also sent a letter to the State Board of Administration (SBA) to recommend that the SBA transition away from BlackRock as one of the state’s asset management firms.

In August, CFO Patronis issued his four part “IRS Protection Plan to Fight Back Against a Shakedown Targeting Florida”✎ EditSign following the passage of the “Inflation Reduction Act” which includes a provision to fund over 87,000 new IRS agents. The CFO recommends four legislative changes that would protect small businesses from the audits of the supersized IRS and their political discrimination in the Sunshine State.

Under the CFO’s leadership, the Florida Division of Treasury earned more than $412.4 million in interest during the 2021-22 Fiscal Year. So far in Fiscal Year 2022-23, the Division has generated more than $336.5 million in interest. The interest generated is a huge savings to Florida taxpayers and will help ensure that our state has financial resources critical to supporting Florida’s health care system, law enforcement, schools, and our robust transportation network without costing Florida families a dime. Since CFO Patronis took office in 2017, the Division of Treasury has earned nearly $3.2 billion in interest.

In 2022, Florida’s economy flourished. The State’s debt decreased by $1.3 billion, revenues increased by 17% ($8.5 billion), and Florida maintained its excellent AAA bond rating, the highest rating possible. Also, the State refunded over $16 billion in outstanding debt in the last 10 years. This is equivalent to $3.4 billion in debt service savings due to lower interest rates. Florida also finished the 2021-22 Fiscal Year with a record $21.8 billion surplus.

Immediately following Hurricane Ian, two Initial Payment Centers were established in Charlotte and Lee Counties – and DFS staff were present at Sarasota and Collier County Disaster Recovery Centers (DRCs) so policyholders could make initial insurance claims for temporary living expenses and emergency repairs. Between the two Initial Payment Centers in Lee and Charlotte counties, 34 insurance carriers participated and assisted more than 40,000 policyholders with initial storm claims. These Centers were critical to getting homeowners back on their feet quickly by cutting initial payment checks for temporary lodging and emergency repairs. The Department will host another Insurance Village in Southwest Florida in early 2023.

The CFO successfully advocated for vital insurance reforms to put policyholders first during the 2022 Special Session. The CFO pushed for measures to fix Florida’s legal environment by eliminating one way attorney’s fees, supported policyholders by forcing insurance companies to be more responsive to claims, and installed reforms to ban abusive Assignment of Benefits (AOB) practices in the property insurance markets that have allowed bad actors to drive up insurance rates for every Floridian. These reforms will go a long way in stabilizing Florida’s property insurance market and protecting policyholders, especially following storms.

This year, CFO Patronis’ Division of Investigative and Forensic Services (DIFS) continued their mission to fight fraud and protect Florida’s consumers from scams and financial abuse. The CFO’s fraud detectives opened nearly 1,300 cases and made more than 580 arrests in fraud, arson, and misuse of state funds, leading to a total of more than $106 million in court-ordered restitution in 2022.

Returning Hundreds of Millions of Dollars in Property to Rightful Owners

In 2022, CFO Patronis’ Division of Unclaimed Property returned more than 500,000 accounts to Floridians valued at more than $345 million. Since CFO Patronis took office in July 2017, the Division has returned more than $1.86 billion in unclaimed property. The Division also hosted an unclaimed property auction in Tampa this year that generated more than $1.95 million. Until claimed, these funds are deposited into Florida’s school fund for the benefit of public education. There is no statute of limitations and consumers have the right to claim their unclaimed funds at any time, at no cost.

CFO Patronis has remained committed to assisting Florida families in hardening their homes against storms while lowering their insurance premiums and saving tax dollars. Championed by the CFO, and signed into law by Governor Ron DeSantis in 2022, the Home Hardening Tax Exemption is a two-year, $462 million statewide sales tax exemption period on impact-resistant doors, garage doors, and windows. The tax exemption allows Florida homeowners and businesses to save on taxes while fortifying their home against storms and lowering their insurance premiums through mandatory discounts.

In 2022, DFS also successfully launched the My Safe Florida Home program. Passed by the Florida Legislature in 2022, the program gives eligible Florida homeowners a way to have a free home inspection to identify storm mitigation measures and offers grants to retrofit homes and harden properties against storm damage. Mitigation also helps homeowners decrease the cost of their residential property insurance.