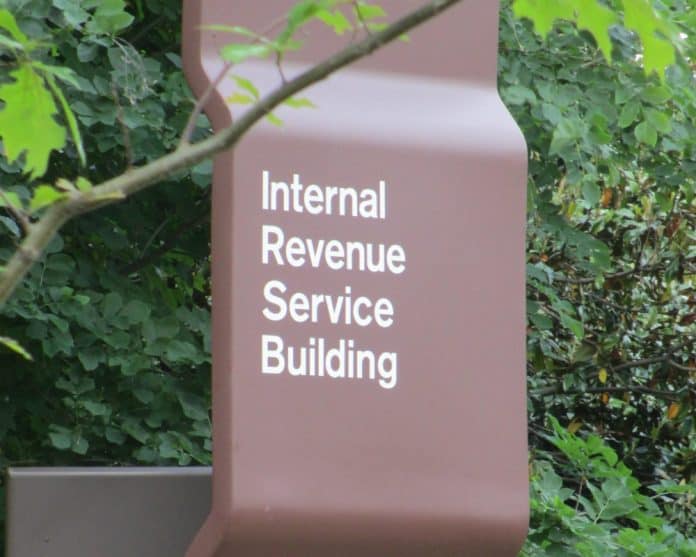 Florida Chief Financial Officer (CFO) Jimmy Patronis issued the following statement on the passage of the “Inflation Reduction Act” from the U.S. House.

The legislation includes a provision to fund over 87,000 new IRS agents. The CFO recommends four legislative changes that would protect small businesses from the audits of the supersized IRS and their political discrimination in the Sunshine State.

“For years I have seen liberal Democrats say with a straight face that small business is the backbone of the American economy, but today they voted to create a large army of IRS agents to aggressively target these hardworking American employers. Now we know that they were lying when they said they loved small businesses. Even amid a national border crisis, the U.S. has only about 20,000 border guards, but now we have more than 87,000 new IRS agents?

“The Left just let us know where their priorities are – they dismissed border security in order to audit hardworking American small business owners by the tens of thousands. I have been in small business my entire life and cannot overstate the complexity of our nation’s tax code. Was that made more uniform or easy to navigate? No. But, they added 87,000 new IRS agents and unfortunately, when the IRS picks a fight, small business owners don’t always have the resources to fight back. That is what the IRS is hoping. They hope they get lots of settlements from the backbone of our American economy. It’s a shakedown.

“Even though the free state of Florida cannot control the insanity of Washington, we must do what we can to protect our small businesses. The following are four policy proposals that I believe Florida can undertake in the upcoming legislative session to protect our citizens from the aggressive overreach of a supersized IRS that may very well be politically targeting those who supported conservative, pro-business candidates.”

1. The state of Florida can require state chartered banks to generate a regular report on IRS engagement. This information would be used to identify IRS targets, so the state can help identify any potential patterns of discrimination and highlight how the new auditors are targeting the middle class and small businesses. This information would also be regularly provided to Florida’s elected representatives in Florida and Washington, DC to help check the unbridled new powers of the IRS.

2. Establish a Civil Liability Trust Fund to help small businesses defend themselves, or even sue the IRS in cases of politically motivated audits or federal overreach. This trust fund could help small businesses acquire representation for Tax Court. In criminal cases, defendants are provided a public defender, but that is not the case with civil law. This trust fund would provide a Special Tax Counsel so that the small business owners do not feel like they have to immediately settle. It is our hope this measure would create a chilling effect for IRS agents to bring cases.

3. Create a license at the state level so new IRS agents are required to register in order to access account information. This licensure process would further scrutinize IRS operatives and examine their backgrounds and motives to protect Florida consumer information. To further bolster transparency, the list of licensed new IRS operatives in Florida would be made publicly available, so consumers are provided evidence in cases where IRS agents act outside of the law.

4. Establish criminal penalties for enforcing laws based on viewpoint or political discrimination. There is documented evidence that the IRS targeted Tea Party groups in 2013, and no doubt the IRS under the Biden Administration would do the same to many businesses and organizations in Florida who have professed a love of freedom. Florida must force IRS bureaucrats to think twice before once again targeting conservatives.

“When we get new leadership in Washington, this $80 billion for 87,000 IRS agents should be withdrawn and redirected to paying off debt or funding more border agents. Let’s not be coy – these agents will target red states, like Florida. They are coming here. They are coming after us. In a single year, Florida took in nearly $24 billion in gross adjusted income from states like New York, New Jersey and California. California lost $18 billion. Financially speaking, Florida is eating their lunch. In a last-ditch effort to slow capital from flowing to the Sunshine State, the Biden team is building an army of IRS agents to shakedown our middle class and our small businesses to fund their government coffers. It is out-of-touch and an aggressive overreach of government power. We saw this movie already in 2013 when the IRS politically targeted audits of tea party groups and their donors. And, we all know that the sequel is always worse than the original. Florida must act now. I look forward to working with lawmakers on these policy proposals in the weeks and months ahead,” Patronis said.