In a unanimous decision, last week the Federal Energy Regulatory Commission (FERC) decided against granting a petition that requests the agency to massively expand federal regulatory authority over the energy sector.

Filed in April by a group with links to electric utilities, the petition sought to have the federal government claim exclusive jurisdiction over all sales of electricity that are “behind the meter”, such as electricity generated by a homeowner and sold back onto the grid. Had it been granted, the petition would have invalidated “net metering” programs in many states, which allow consumers to sell electricity they generate themselves.

And, while it is rare that government bodies turn down requests to increase their own power, in this case, there were many good reasons why FERC decided against granting the petition. For starters, opposition to it was overwhelming, ranging from states to environmental groups to conservatives that were concerned about federal overreach. It was also not clear that FERC would enjoy trying to oversee every case where a homeowner with solar panels on their roof wishes to sell excess generation to the grid. Perhaps most notably, there was also a serious and valid question as to whether FERC even possesses the legal authority to claim exclusive jurisdiction here.

However, even though the petition was not granted, it will not be the end of the discussion on net metering. While the practice has passionate advocates, it also has equally passionate critics, and, frankly speaking, it is not the most effective policy to achieve its stated goals. For this reason, several states have already taken the very positive step to look for ways to move beyond it. This is at it should be, as states and localities have better knowledge of local conditions and are better placed to experiment and craft specialized policies, which is precisely the reason we have a federal system.

Josiah Neeley is the Texas director and resident a senior fellow specializing on energy at the R Street Institute, a nonprofit, nonpartisan, public policy research organization that is engaged in policy research and outreach to promote free markets and limited, effective government. 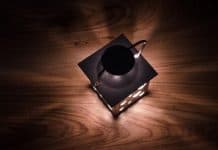