If you have a Twitter account, live in Florida, or follow education-related issues, it is almost impossible for you not to have heard about Florida House Bill 1557, or, as left-wing media outlets have misnamed it, the “Don’t Say Gay” bill.

This moniker, and the larger straw-manning of the bill it represents, has added an insidious component to discussions of this legislation. However, polls have shown that despite this smear campaign, 68 percent of voters support this legislation when the text of the bill is directly read to them.

Here are five lies that have been spread about House Bill 1557.

1. HB 1557 will make discussions of same-sex parentage impossible for kids in Florida schools. Opponents of the bill, in an effort to undermine popular support, have continued to push this false narrative. They maintain, incorrectly, that because HB 1557 prohibits the inclusion of sexual content or theories of gender in K-3 classrooms, the children of a same-sex couple can’t discuss who their parents are. This narrative falls apart, of course, upon reading the legislation. HB 1557 only prohibits “classroom instruction by school personnel or third parties” on sexual or gender identities. “Instruction” is the operative word here. Teachers may not, under this bill, as a part of their lesson plan instruct K-3rd graders on topics of sexual orientation or gender identities – which seems like common sense. Children under the age of eight are too young for complex theories on sex and gender.

2. HB 1557 is aimed at the “erasure” of certain people from the state of Florida. This bill not only makes zero attempts to remove or curtail gay or trans people from entering or living in the state of Florida, but it also doesn’t do so in schools. Prohibiting teacher instruction of these subjects in grades K-3, and requiring instruction in subsequent grades to be “age-appropriate,” has no effect on the sexual or gender identity of a child or an adult.

3. HB 1557 targets discussion of homosexual relations exclusively. House Bill 1557 does not mention any sexual orientation or gender identity specifically; instead, it prohibits discussion on the entire topic (heterosexuality included) to children too young to even know their multiplication tables.

4. HB 1557 will cause teachers in grades higher than K-3 to force their students not to discuss their families or identity. This falsehood stems from the inclusion of the phrase “or in a manner that is not age-appropriate or developmentally appropriate for students in accordance with state standards” in Section 3 of the bill. It hinges on the idea that, as a whole, parents and the court system are incapable of deciding what is “age-appropriate” in accordance with existing state law. Any sensible person should be able to reason what could be “age-appropriate” for a certain grade level. High school students and their teachers will naturally be held to a different standard than fifth-grade students and teachers. The remedy for parents under this bill, which is the court system in the state of Florida, is capable of setting the precedent as to what is appropriate for a 10-year-old, a 13-year-old, a 15-year-old, and an 18-year-old to know.

5. HB 1557 requires schools to “out” children to their parents, putting gay children at risk of parental harm. House Bill 1557, in fact, only prevents school districts from adopting policies that “prohibit school district personnel from notifying a parent about his or her student’s mental, emotional, or physical health or well-being.” This is understandable, considering that parents often are the bedrock of a child’s mental, emotional, and physical health or well-being. That’s not all, though, as Bill 1557 even includes an exception, stating that “this subparagraph does not prohibit … personnel to withhold such information from a parent if a reasonably prudent person would believe that disclosure would result in abuse, abandonment, or neglect.”

It is almost as if opposition to this bill is entirely performative and political, seeing as it is based on falsehoods so egregious that they defy rational belief. The political charade of opposition to this bill has electrified the national media and produced a platform by which the Democratic Party hopes to raise more money for their political campaign coffers. Fortunately, for students and parents, the bill passed last week and is due to be signed into law by Gov. Ron DeSantis this week. 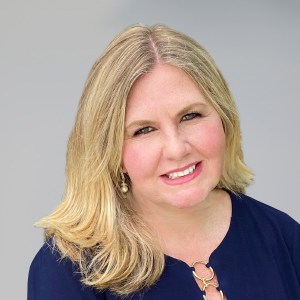 Laura Zorc is the director of Education Reform for FreedomWorks. Under Laura’s leadership in January of 2021, FreedomWorks launched Building Education for Students Together (BEST). Laura is the mom of three Florida public school students. Prior to joining FreedomWorks, Laura served as a parent mentor and spokesperson in multiple positions, which included the PTA board of her children’s school, where she was elected twice as president of her county’s PTA, and the co-founder of Florida Parents Against Common Core (FPACC). Additionally, she served on former Governor Rick Scott’s Keep Florida Learning Education Committee before being elected to the Indian River County School Board in 2016.