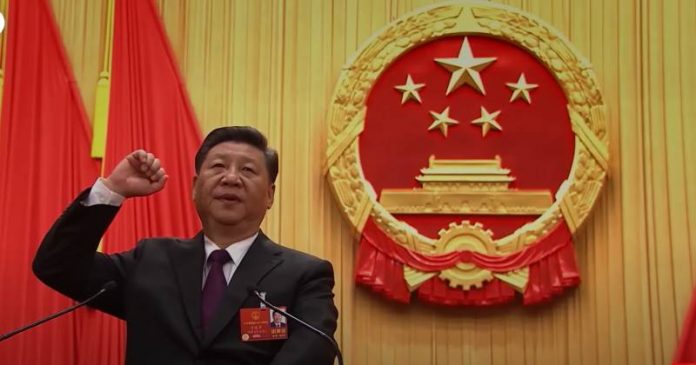 With Chinese regime leader Xi Jinping expected to win a third presidential term this week as the Chinese Communist Party (CCP) holds its 20th National Congress, Florida’s U.S. senators weighed in on him.

“Xi Jinping’s reelection is a sham and the entire world knows it,” Scott said. “Democracy does not exist in Communist China and his rhetoric concerning a forceful takeover of Taiwan, while unsurprising, cannot be ignored. General Secretary Xi does not want peace and under his leadership, the Chinese Communist Party has chosen to be America’s enemy. We must recognize that above all, Xi wants conformity and submission from every nation and every people, from the oppressed Uyghurs in Xinjiang, to the self-governing people of Taiwan and Hong Kong, to global superpowers including the United States.

“We must resolutely reject his tyranny and take action now to isolate Communist China by decoupling all American business from this dangerous regime and re-shoring, near-shoring, and friend-shoring our supply chains. Significant investments in naval, air power and cybersecurity, along with strengthened economic and military partnerships with India, Japan, South Korea and Australia are vital to containing Xi and protecting our security and economic interests in the Indo-Pacific. I urge President Biden to immediately support these necessary actions and make clear to the world that the United States will never bow to Communist China’s evil,” Scott added.

U.S. Sen. Marco Rubio, R-Fla., a member of the U.S. Senate Foreign Relations Committee, offered his take on Xi at the end of last week.

“Xi Jinping’s tenure as the general secretary of the CCP has been characterized by totalitarianism, genocide, slowed economic growth, and unprecedented aggression against the United States and its allies. If he succeeds in his bid for absolute control and achieves a third term, it should shred any remaining expectations of a ‘responsible power’ in the Indo-Pacific. Rather, we should expect a one man-ruled CCP to be more willing to wage war over Taiwan, more repressive at home and abroad, more dominating of business, and more insistent on overturning the U.S.-led rules-based world order,” Rubio said.

“This would have immense consequences for Americans, our allies, and our partners. We must treat the threat of Xi with the utmost seriousness, and deterring him must be our top international priority,” Rubio added.