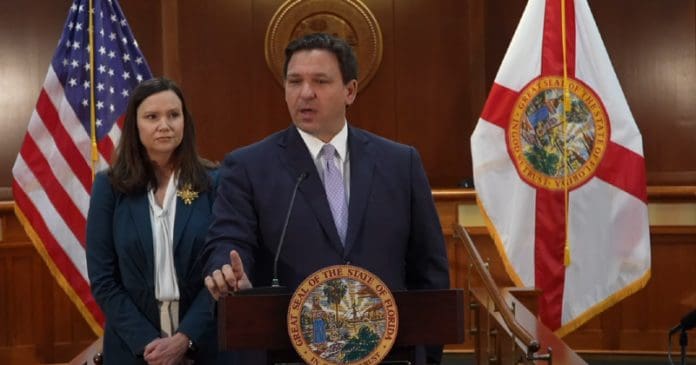 During the 2022 Florida Legislative Session, Moody worked with lawmakers to pass Senate Bill 1534 to provide more tools to prosecute members of organized retail theft rings. Prior to the start of the session, retail theft escalated dramatically in large cities outside of Florida—with major incidents occurring during the holiday shopping season in locations like Los Angeles and San Francisco.

“We continue to be proactive in making sure organized retail theft rings do not have a free pass to pillage retailers in Florida. While prosecutors in other states may turn a blind eye to these massive retail crimes, in Florida we enforce the law to protect our citizens and visitors. This new law will help us continue this important work and enhance public safety. I want to thank Gov. DeSantis and state lawmakers who fought for this important legislation to help us build a ‘Stronger, Safer Florida,’” she said.

“Law enforcement and our state prosecutors asked for tools to address the growing crime of organized retail theft, also known as ‘smash and grab.’ I believe Senate Bill 1534 delivers those tools. I applaud General Moody for coming out strong on felony retail theft. There must be consequences,” Boyd said.

“The passage of this critical legislation sends out the strongest of messages that our state is not going to tolerate our communities’ retail establishments being terrorized. We are prepared to give law enforcement and prosecutors all the tools they need to keep this brand of crime out of Florida and let it be known, they will use them,” Clemons said.

“Under the leadership of Attorney General Moody, Florida continues to lead the nation in the fight against organized retail crime. We thank Governor DeSantis and the Legislature for supporting and protecting Florida retailers,” Shalley said.

A person who steals 10 or more items, through at least five thefts within a certain period, can be charged with a third-degree felony.

The offense severity level ranking chart of the Criminal Punishment Code will rank felony retail theft offenses as either level five or six, depending on severity.