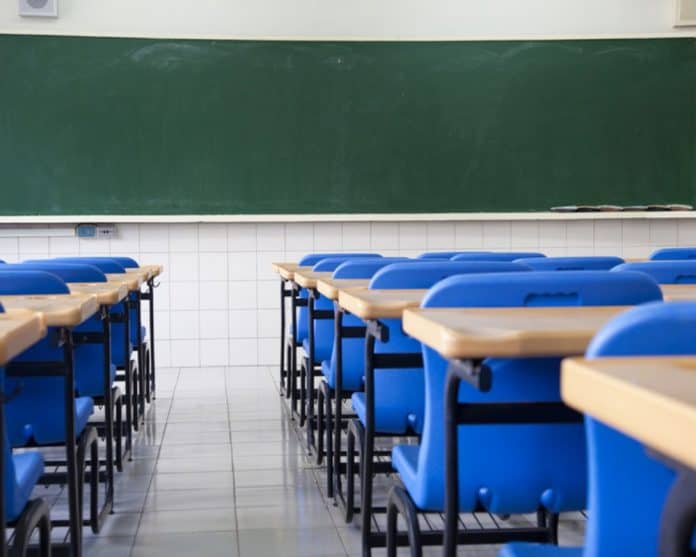 By comparison, the National Education Association (NEA) and American Federation of Teachers (AFT) lost 2.3 and 2.1 percent of their memberships, respectively, in the same single school year.

Perhaps that’s because teachers’ union leadership overplayed their hand the last few years and, thanks to their own prolonged COVID school closures in states that weren’t lucky enough to be named Florida, they’ve been exposed as leftist political entities that seem to only happen to have an educational bent.

Across the country, “Zoom schools” gave parents a first-hand look at what propaganda was being forced on their children. They were horrified to see Critical Race Theory (CRT) teaching young people to judge one another by the color of their skin rather than the content of their character, and rightfully outraged to witness unrelated adults engaging in age-inappropriate conversations about sexuality and gender with their kids.

During this summer’s NEA convention, president Rebecca Pringle declared to her members: “Just as we did in the presidential election of 2020, we will make sure you know who we are. If you stand against our students, we will stand against you. If you vote against our educators, we will vote against you. This November, if you get in the way of our progress toward a more just nation, we will get in the way of your election.”

Apparently, “progress” to NEA leadership means removing references to mothers and fathers and replacing them with “birthing parent” and “non-birthing parent,” bringing back mask and vaccine mandates, pushing forward with CRT over parents’ objections, and fighting the Florida parental rights in education law.

Now, an analysis of the 2020-2021 school year has revealed a sharp decrease in membership for teachers’ unions across the country, including Florida.

The number of school employees leaving their unions is sure to grow, as union leadership digs in their heels in promoting their political agenda with money from teachers’ paychecks.

During the 2020-21 school year, the FEA confiscated more than $28 million in union dues but only spent $6 million on representational activities.

How else did the FEA spend its members’ hard-earned dollars?

For starters, it spent $5.3 million on political activities and lobbying, with another $7.8 million on contributions, gifts and grants.

Together, that’s more than twice as much spent on political activities and “contributions, gifts and grants” than improving the working conditions of Florida teachers.

If that isn’t bad enough, the Florida Education Association sends money to the NEA and AFT, which for the same year paid NEA president Rebecca Pringle more than $426,000 and AFT president Randi Weingarten $427,000.

Now, Florida teachers can be proud to know they are funding Weingarten spending a week in an active war zone on a grandstanding vanity trip to deliver supplies to make-shift schools in Ukraine so that children there can continue their in-person education.

Teachers’ union leaders are very generous to themselves with the dollars they take from teachers’ paychecks.

As more and more teachers learn they have a right not to fund labor leaders’ lavish lifestyles, especially when gas and groceries have become increasingly expensive with no end in sight, they begin doing the math on how stopping union dues deductions could alleviate some of these financial burdens.

The problem is, most teachers are still not even aware they have a First Amendment right not to support union politics with as a condition of employment, and that’s by design.

How else could teachers’ union bosses pay themselves hundreds of thousands of dollars a year if teachers stopped paying dues each paycheck?

Ashley Varner is the vice president of communications and federal affairs for the Freedom Foundation. This article was originally published by RealClearPolicy and made available via RealClearWire. 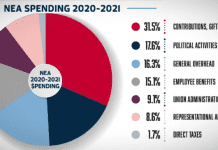