Dick’s Sporting Goods has announced it will stop selling firearms at all of its stores in Florida and across the nation.

After the Parkland school shooting last year that left 17 dead, the sporting goods store decided to raise the minimum age to purchase a gun from 18 to 21 and banned the sale of AR-15 style rifles.

Now with declining revenue, the company admitted that its firearms and sporting gear departments have taken a hit after it tightened its policies around gun sales. The company reported that over the year, there has been a drop-in store sales by 6.5 percent to $2.5 billion and its fourth-quarter sales drop made its stock fall 11 percent.

When the company tightened its policies, loyal gun buyers didn’t approve the move.

“The phone calls on radio talk shows blew up and, on a scale of 7 to 1, customers opposed the move from Dicks,” says Wayne Dillion from I Heart Radio affiliate WAXE in Vero Beach Florida.

Originally, Dick’s CEO Ed Stack predicted that tightening gun policies and increasing the age to buy firearms would bring in new customers. Over the last year, the move to end selling certain assault weapons has hurt the company.

At a Wall Street Journal CEO Council forum, Stack said his company made the move after the Parkland shooting to put corporate pressure on lawmakers for more gun control.

Dick’s wasn’t the only company to tighten its gun policies after the parkland shooting. Walmart, the nation’s largest retailer, also increased the age requirements for buying guns from 18 to 21. 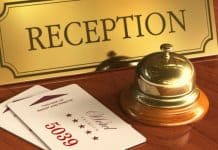 Leave a Reply to Dick’s Sporting Goods Will Stop Selling Guns in Florida, Across the Nation | Orange Ribbons for Gun Safety Cancel reply