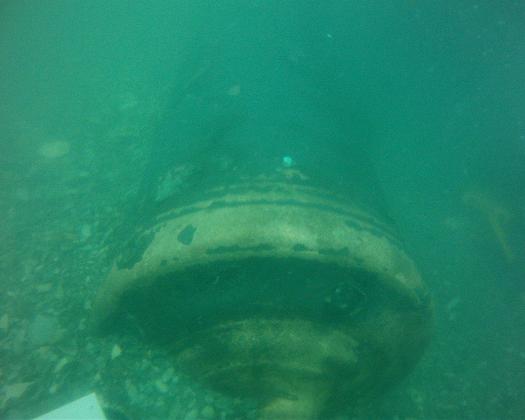 The French government and the state of Florida have reached an agreement to protect and preserve the Trinité shipwreck off the coast of Cape Canaveral.

Earlier this month, Clément Leclerc, the consul general of France in Miami and Florida Secretary of State Ken Detzner signed a Declaration of Intention “to research, protect and preserve the Trinité shipwreck.”

La Trinité was sunk off the Florida coast in 1565 in one of the most important moments in American colonial history. French forces under Jean Ribault based at Fort Caroline in modern day Jacksonville were attempting to defeat the fledgling Spanish colony in St. Augustine. Ribault used La Trinité  as his flagship but it was wrecked in a hurricane off the Florida coast. Spanish forces under Pedro de Menendez captured Fort Caroline and then moved south as Ribault and other marooned French sailors worked their way north. Menendez ordered the slaughter of Ribault and other Frenchmen at the Mantanzas River, near the current border of St. Johns and Flagler counties. Ribault and many of the other Frenchmen were killed due to their faith with the Spanish Catholics killing the Protestant Huguenots.

“The shipwreck of La Trinité has a major historical value for both France and Florida,” Leclerc said . “The French royal expeditions of the 16th century were one of the first European endeavors in North America. We have an excellent cooperation with the State of Florida. Our common goal is to make sure that the vestiges of Jean Ribault’s fleet will be preserved and presented to the public here in the Sunshine State.”

“The Declaration of Intention between Florida and France is a significant step forward in ensuring that an important piece of French and American history is researched, protected and preserved in a respectful and appropriate manner. The State of Florida is honored to work with France on this historic project,” Detzner said.

“The Declaration of Intention outlines Florida and France’s agreement to protect and document this significant archaeological site. The agreement emphasizes public education about the shipwreck, including the public display or sharing of any cultural material recovered, and the role that Jean Ribault played in Florida’s history. The agreement also outlines the creation of a steering committee that will guide France and Florida’s efforts in the study and recovery of the shipwreck,” Detzner’s office noted. “Under a federal court order and pursuant to the Sunken Military Craft Act, La Trinité is the property of the Republic of France and they are the only entity able to authorize any recovery operations or activity associated with the site.

“The site is protected under Florida law and it is illegal to excavate and/or remove any material from the site. Section 267.13, Florida Statutes, makes it a first-degree misdemeanor to remove artifacts from an archaeological site without authorization. The site is frequently patrolled by law enforcement and is monitored. Any suspicious or unusual activity will be reported to local and state law enforcement,” Detzner’s office added. 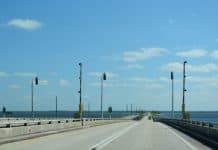