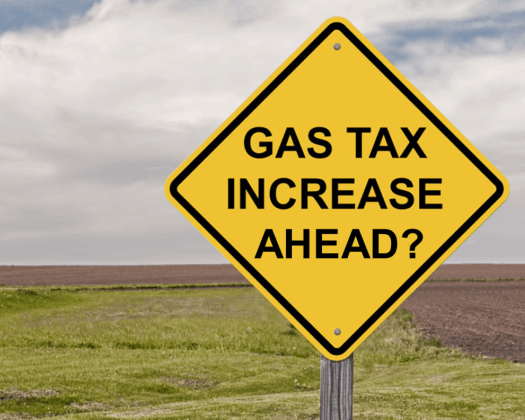 Governments almost always overpromise and underdeliver–and that includes at the local level as elected officials in Jacksonville consider voting to double to the gas tax from six cents a gallon to 12 cents.

More than twenty years ago, the Better Jacksonville Plan (BJP) promised many improvements to our infrastructure. But five years ago, the current administration stated that more than $250 million worth of BJP projects had not been completed.

Has anyone bothered to ask which of those projects have been completed? What is left undone and why?  The answer to the first question is a resounding indictment on the answer to the second.

Jacksonville’s government is simply not capable of drawing up and completing needed projects on schedule. Take the Duval County Courthouse. Originally, it was budgeted for $190 million under the BJP. The final cost ended up topping $400 million.

Watching the current debate over increasing the gas tax  and the many promises of what it will help fund brings to mind the famous words of George Santayana that “those who do not remember the past are condemned to repeat it.” With the Jacksonville City Council now considering whether to raise the gas tax for the next 30-40 years to fund Mayor Lenny Curry’s proposals, it does not look like we remembered the past–even though the BJP wasn’t that long ago–and we could be repeating it.

Only someone determined to ignore the history of BJP and other efforts in Jacksonville can overlook the myriad of reasons why the current plan is a bad idea. We have trouble even when projects are “shovel ready!” Despite all the rhetoric, government projects in Jacksonville will face common issues like design delays, permitting difficulties, lengthy bidding processes, negotiation challenges, changes in city personnel who make the work flow efficiently and changes in administration with inherent changes in priorities. Sometimes projects go stale because they are not done in a timely manner so the process starts over again and prices naturally go higher.

The gas sales tax hike proposal is the perfect opportunity for the Jacksonville City Council to employ common sense and stop our endless history of overpromising and underdelivering.

Florida Has the Two Best Large Cities to Start a Business in the Nation, Report Shows