This week, state Rep. Jason Fischer, R-Jacksonville, filed a bill to slash more than $100 million from the Communications Services Tax (CST) insisting “it will accelerate the advancement of technology throughout Florida” while letting Floridians keep more in their wallet.

“President Trump has been a champion for the advancement of the tech industry as we heard in his State of the Union address. This bill will allow Florida to compete not only on a national level but an international one. The cutting of the CST will help Floridians by putting money back in their pockets,” Fischer said.

“Currently, the Communications Services Tax is a two-tier tax burden imposed on citizens by both local and state governments,” Fischer’s office noted. “Florida has one of the highest rates in the United States. For customers with more than one monthly account, account holders will receive multiple tax breaks.

“House Bill 693 will lower taxes, allow for a more competitive marketplace, and increase competition in Florida’s economy,” Fischer’s office added. “Ultimately, the legislation will reduce overall costs to Floridians while allowing for greater dissemination of the best technology. With the near-term deployment of 5G and the announcement of the cable industry’s 10G network, a nexus with ten-times the power and capacity than current networks, it is vital for Florida’s infrastructure to be prepared for the future when this technology is unveiled.” 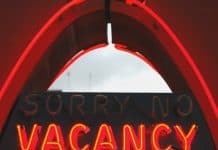