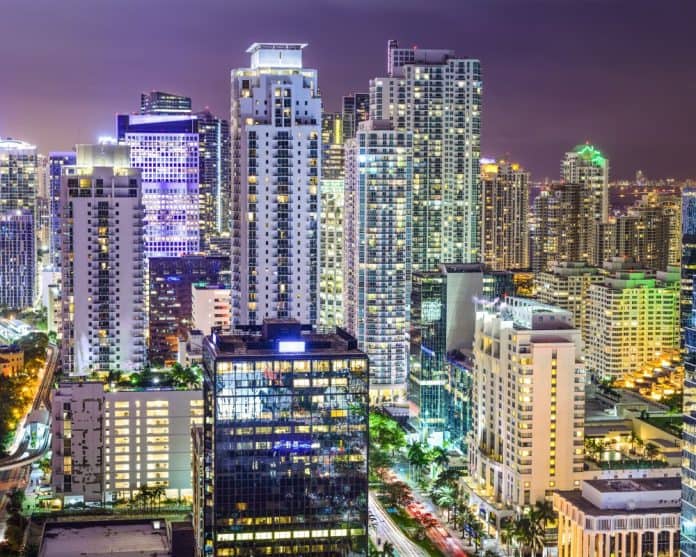 As Florida cities compete for companies looking to relocate to the Sunshine State, Miami is dominating the field.

This year, Miami, with the help of Enterprise Florida, has managed successful business campaigns directed at companies and individuals in high tax cities and states.

The Miami Downtown Development Authority (DDA) is targeting Chicago-based financial firms and businesses to leave the cold and move to Florida. South Florida boosters have even dubbed Miami “the Wall Street of the South.”

Though Miami is more liberal than most of the rest of Florida when it comes to politics and taxation, Crespi insisted changes to the tax laws have “created a great opportunity.”

Another reason why companies and others are moving to Florida is because of the federal tax change impacting state and local taxes (SALT) dedications, putting a $10,000 dollar cap on state and local deductions–which hit states like Illinois and New York hard.

The latest data from the U.S. Census Bureau shows that Florida had more people move to it than any other state last year.

Florida Daily Financial columnist Steve Beaman said another huge reason why more are relocating to Florida is because of the recommendation of financial advisers. With no income tax, Florida is one of the top states to do business in, Beaman noted.