This cartoon idea popped into my head when AOC tweeted about the formation of a “Truth & Reconciliation Commission” For Trump Supporters. 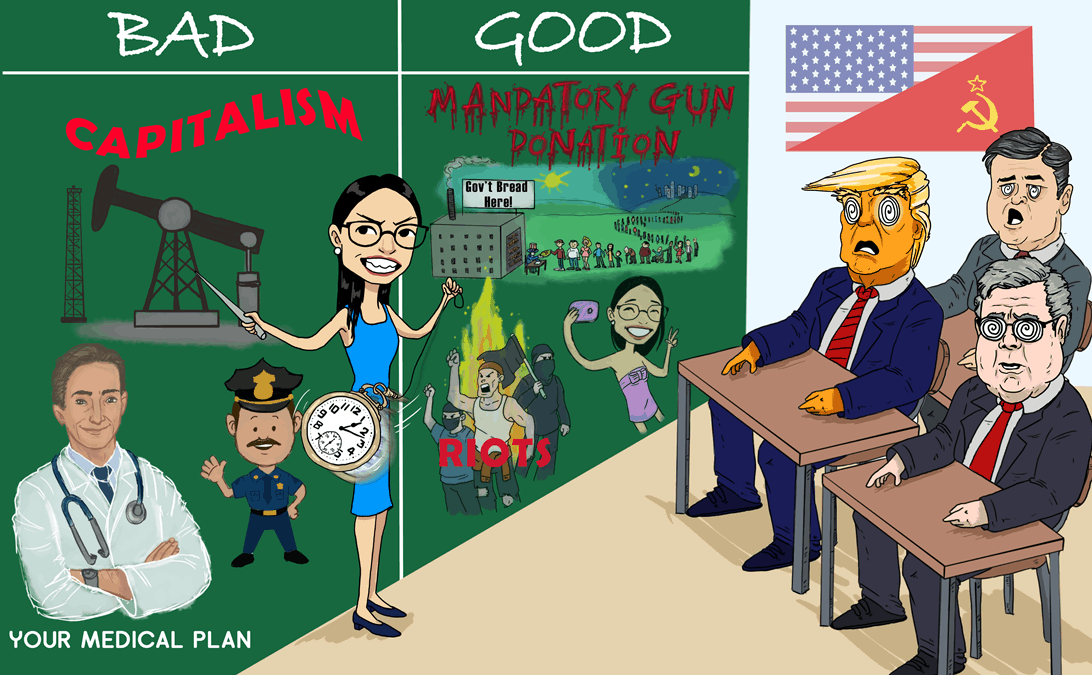 Robert Bilsky is a Libertarian who strongly believes in individual freedom. He received a B.S. in Electrical Engineering from the University of Tennessee.  While working in the defense industry as a systems engineer, he received numerous trade secrets and awards.  Robert founded his own company in 1990 becoming a successful real estate broker and investor. He blogs on Medium at https://robertbilsky.medium.com/ and can be reached at bilskro@gmail.com.